Utah to Vegas to Marfa to Home II

We then drive toward Goodsprings, Nevada where Butch Cassidy is supposedly buried. 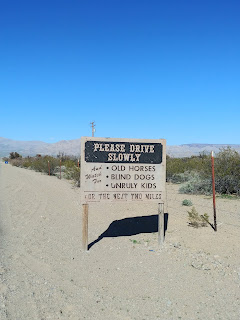 To the best of my knowledge a person can't go to the internment site without special permission, but just getting to the town is close enough for me. 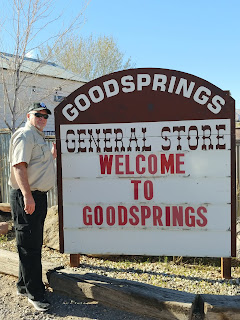 And that was it for the first part of this trip. Bev drove home the next day and I rode south passing through Laughlin, Nevada. 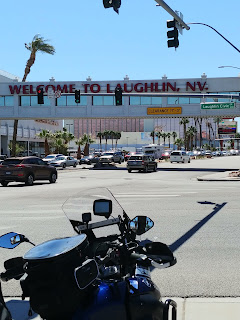 Then on Route 66 and stopping for the night in Holbrook, Arizona....but not in a Teepee! 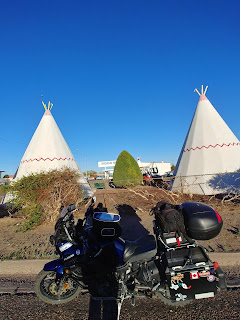 Onward the next day I pass through Magdalena, New Mexico.... 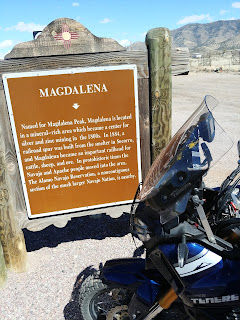 And see this sculpture by artists Elmgreen and Dragset, near Valentine, Texas.
'The Prada Store.'

The thing about The Prada Store is, it is in one of those "middle of nowhere" locations... hence the 'art'.

Sadly, the very night the sculpture was finished in 2005, it was vandalized.

Repaired and wired with an alarm system it was again vandalized in 2014. That time the perp, a local  self described 'artist' (actually a shithead) was caught, tried and convicted.

Currently the Texas DOT is contemplating removal of the art. Again, sad.
(click on the picture to see the shoes and purses inside the store) 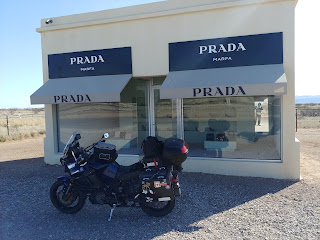 Locks on the fence behind the Prada Store. 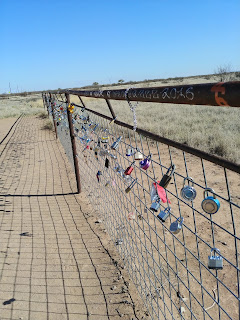 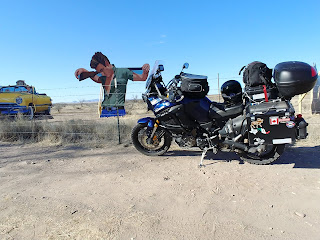 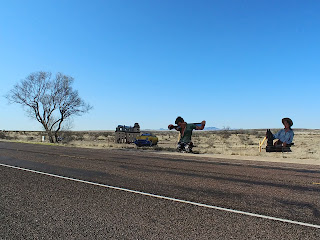 I finally make it to Marfa. 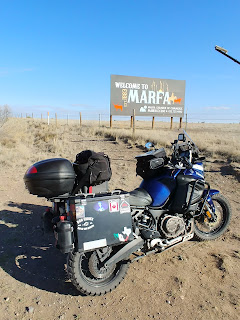 Marfa is a beautiful (but expensive) town! Lots of interesting architecture and history.
Here are a few pictures around the town.
Some government building. 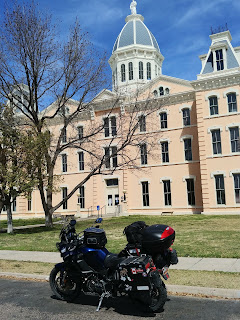 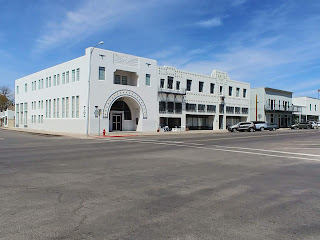 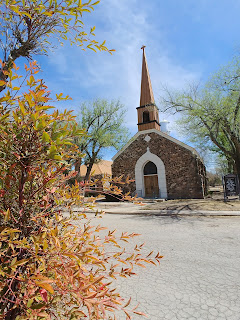 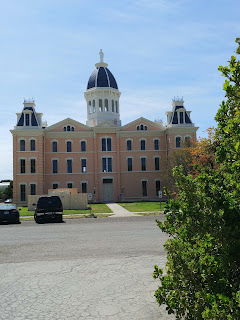 I break a little part off my kickstand....the tab that makes it easy to deploy. So I sought out a local welder, Buddy, who said he was willing to try and fix it but didn't have the proper equipment for the material it is made of...so instead we just chatted for a good spell...which was VERY enjoyable. One thing he told me about was this scenic route down to Presidio, then to Big Bend National Park, then to Alpine....  about 180 miles.

That ride was one of the highlights of the trip! 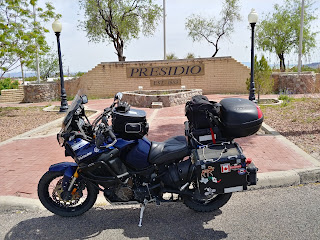 The route took me right along the border, here is The Rio Grande 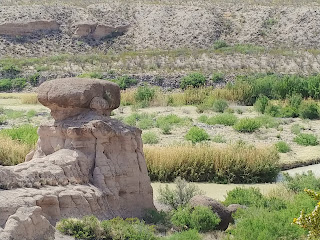 This is from a movie set shot years ago.
(I can't remember the name of the movie..) 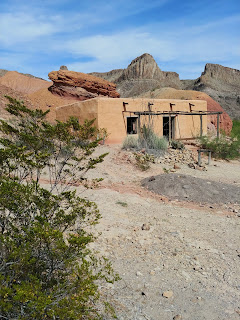 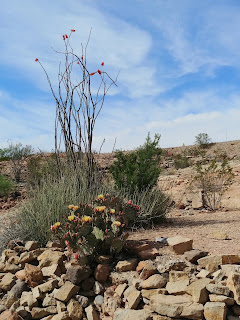 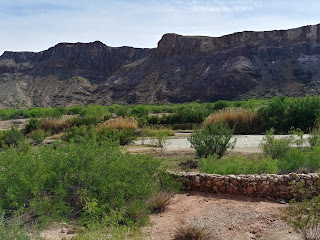 An old Mission in Lijatis, Texas. 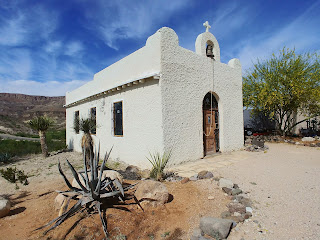 And then back to my motel in Alpine. Alpine is about 20 miles east of Marfa and lodging is MUCH cheaper there.

I arrive at my motel, and prepare for my night's activities - to try and see the "Marfa Lights".  What is the Marfa lights?  No one really knows....they've been appearing for over 150 years, but when the cowboy asked about them in 1883 he was told by locals that they had been observing the lights since their arrival in the area. Plus the Native Americans had stories about the lights in their lore.

So I rode out to the 'viewing area' about 18 miles from my motel.  The Texas DOT have constructed this area to facilitate people stopping and hoping to view the lights.

So....camp chair, snack, and water in hand I set about watching for the lights.
I did see them about 3 hours later (be patient!). No pictures as they would simply look like a flashlight or something, but they were definitely not like anything I have seen before.

The lights have been described in numerous ways, but most often they seem to appear as 'glowing orbs' several feet off the ground.  And that is essentially what I saw, glowing orbs that blinked on and off and showed up in varied formations.

Tomorrow it is time to turn north and start for home.
Posted by Ken at 5:11 PM

I don't know if you've got your kickstand repaired/replaced yet, but if you want a quick attachment for your boot to reach for the time being, you might be able to fit a grounding rod clamp on there somehow. One of the ones like electrical stores sell for house wiring. (Google it, if you need to/are interested) They make some that are in two pieces and (I think) would bolt together around your kickstand shaft. And no, I'm not a KLR owner, haha :-)

The Baritone - Good idea, I'll check it out. Thanks for stopping in!