My Grand-daughters are into dancing. Every year for several years they have been going to St George in March for a dance competition....this year is no different other than I went with them this year. Well.....when I say I went with them I mean I rode down and then rode around the area while they were dancing. 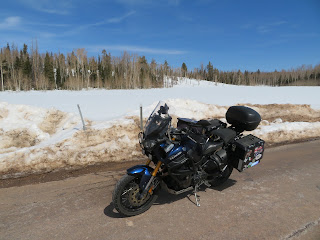 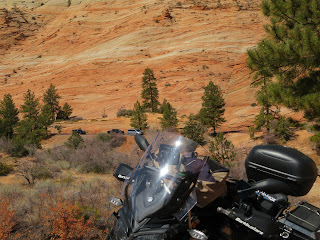 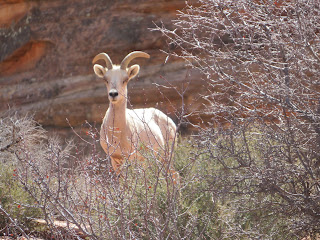 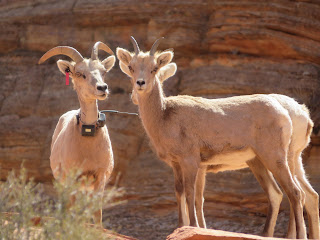 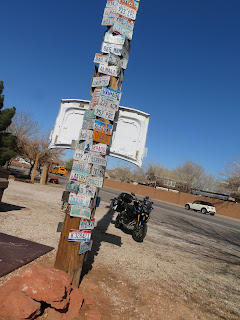 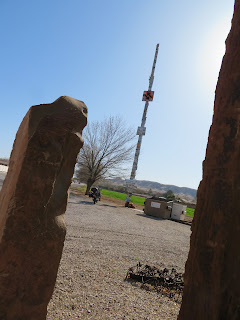 And are there really ZOMBIES in Southern Utah??????

On my way home, about 50 miles out of Delta the weather got very ugly. By the time I reached Delta I was cold....nothing I haven't been through before, but it was a cold wet day.
So I pulled into the Maverick gas station on the east side of town and I had just finished fueling when a woman approached me and asked with obvious concern, "Are you alright?"
I assured her I was fine, then she said, "Here you take these" and she held out two packages of handwarmers!
I told her I really was 'ok' but she insisted, so I took them, we chatted for a brief minute and she left.
I then pulled the bike up to the store curb and went inside to get a cuppa and a burrito. Standing outside I had scarcely finished my burrito when I heard a male voice say, "Here Sir, these will help you out".  I turned my head and a 30 something guy was holding out two packages of handwarmers!
Again, I assured the man that I was in good shape with electric gear etc. He made certain I was ok, then he said, "have a safe trip" and then left.
I might have been shivering a little bit, but at least my heart was very warm due to the kindness of those two Strangers! 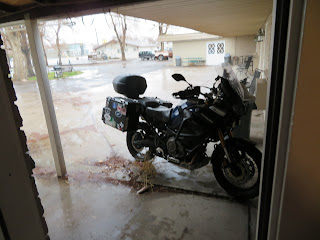 And I WAS cold and it WAS snowing hard enough that I got a room in Delta and rode home the next day in better weather......30 degrees, but at least it wasn't snowing!