In 1970 artist Robert Smithson created the Spiral Jetty on the shore of the Great Salt Lake. He used over 6,000 tons of black basalt rock to form the spiral. The Jetty is best seen when the water level is low, so I go now before the Spring run-off raises the level of the lake.

His artist wife, Nancy Holt created the Lucin Sun Tunnels that I visited back in May of 2016 RR here;
http://2mbstonestravels.blogspot.com/2016/05/the-lucin-sun-tunnels.html
Nancy donated Robert's Jetty to the Dia art foundation in 1999.

I've never been to the Spiral Jetty so today seems like a good day to remedy that. Off I go.


I first stop at the rocket display at Orbital ATK to look at some cool rockets. 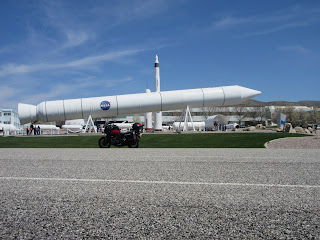 Then a stop at the Golden Spike National Historic Museum..actually just the site I didn't go in. 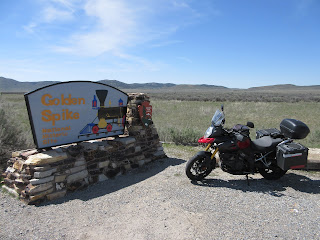 Then I ride the 17 dirt road miles to the Jetty. There is NOTHING else there, except gnats, LOTS of gnats. A little cloud of the buggers was following me around, and I'm gnat kidding either!
Luckily I keep bug spray in my tank bag. 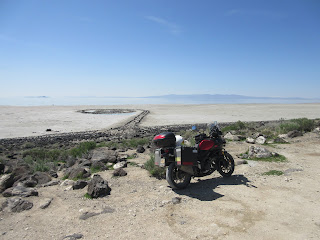 Jetty seen, I reverse my route and ride home, about 300 miles total by the time I get back to West Valley. 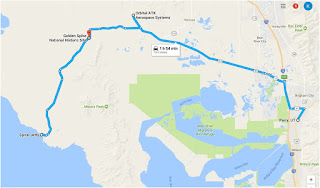 That is pretty cool. Art and function. The gnats would drive me gnuts though.

Tro - I won't tell you how much your comment bugged me!! LOL Thanks for reading!

thanks for sharing this story I have learned new think today this was an amazing tip for me.
ดูบอลสด
ผลบอลเมื่อคืน
ผลบอลสด