Acoma Pueblo, a Native American village about 60 miles west of Albuquerque, claims to be the oldest continually occupied community in the United States.

Will, my oldest and a banker, arranged financing for an apartment complex there. He was unable to attend the ribbon cutting a few months ago, so we decided to ride down so he could see the project, Cedar Ridge Complex an apartment community, firsthand.

But first we must get there.
Green River, Utah is our first stop. In the morning before we leave Green River we ride up to see the Golden Ratio sculpture. 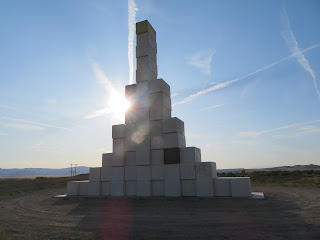 Then we take the Cisco exit off I-70 and ride over to the "Ghost town" of Cisco.....there are some live souls living in Cisco. But don't ask their names....Cisco-ites are there because they appreciate privacy!
Which doesn't mean they are not nice folk....we asked and received permission to go into a yard and take some pictures of this bus. 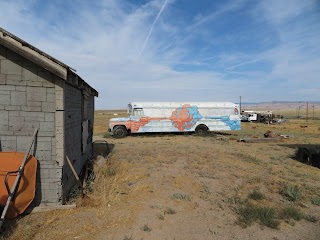 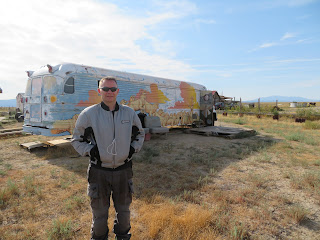 After Cisco we ride the beautiful SR128 and stop at the Dewey Bridge. Or at least what is left of it, some knucklehead burned it up a few years ago. So sad, the Dewey Bridge was an Historical artifact and now it is gone. 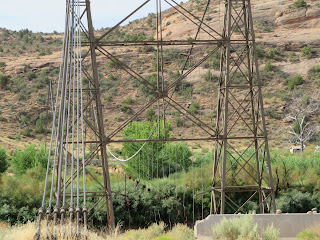 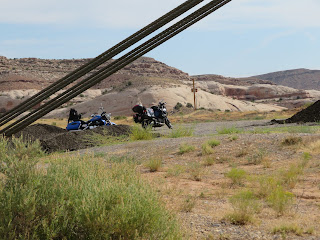 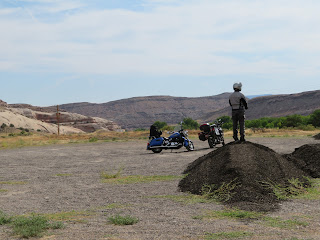 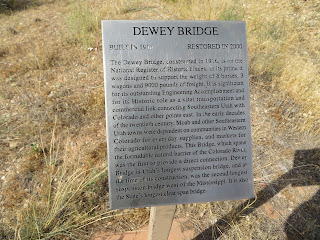 Back on the 128 we get stopped for construction and see two Vanderhall cars. Very cool! 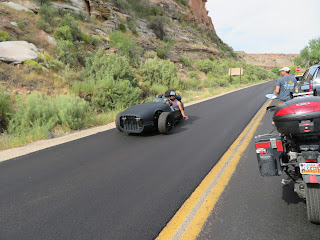 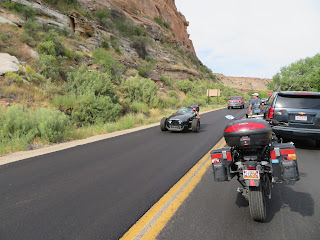 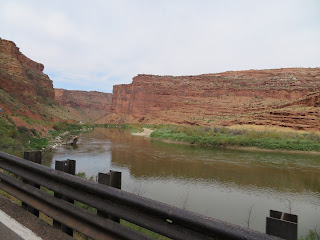 We exit 128 and get on the La Sal loop, at the top a very nice lady offers to take our picture. 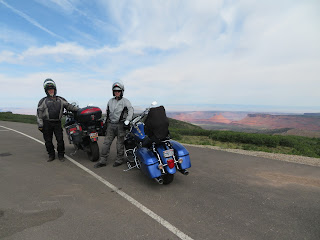 Southbound on US191 we stop at Wilson's arch. 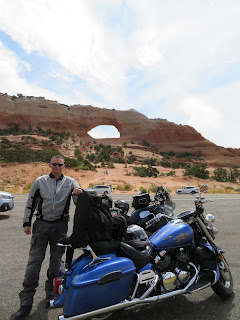 We spend the night in Farmington, New Mexico then leave in the morning to visit Chaco Canyon. This National Park preserves one of the most important pre-columbian cultural and historical areas in the U.S. We didn't realize we would be traversing about 40 miles of crappy dirt roads....20 to get there and about 20 more to exit the other side.
Oh well, it was interesting to see a community that was inhabited between 900 and 1150 AD and the remains of the largest buildings constructed in North America until the 19th century. 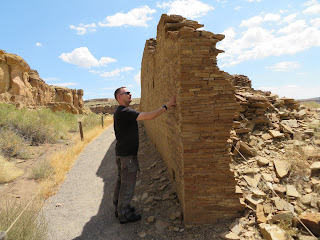 Stairs carved in the rock. 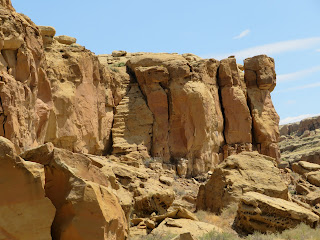 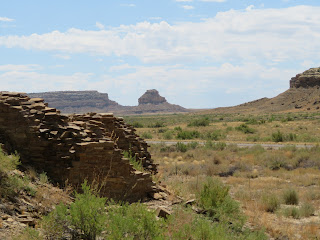 Then back on the dirt road again.... 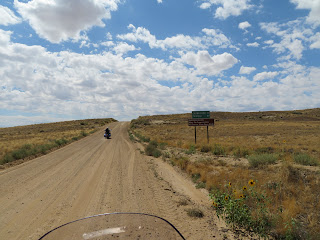 Parts of the road were quite rough, but we were able to steer our way safely back to pavement. 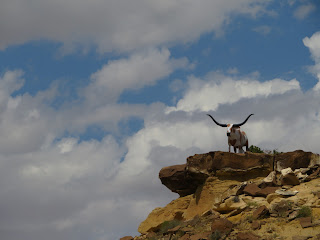