I'm fascinated by Lake Bonneville.
Lake Bonneville was a pre-historic lake that covered a large portion of Utah. Some scientists think the lake has formed, dried up and reformed numerous times over the last 800 thousand years; proving once and for all that human caused climate change is the most important issue in our lives today..

Anyway, the lake was several hundred feet deep, at one point it was a thousand feet deep. About 14,500 years ago this pass where I am standing was not a pass, but a ridge line, then when the lake reached its highest point it broke through this place and caused a flood that lasted about a year and reached the west coast via the Columbia River.

I have long wanted to see this place, but didn't know exactly where it was. Luckily Adrian knows where it is and agrees to lead me there. 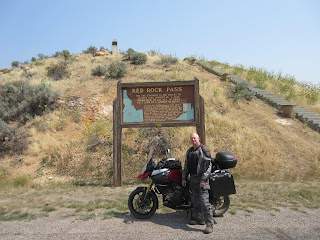 I can't get the entire pass in one shot so I take two pix standing in the same place to try and give an idea of how large the break was. The lake lowered  about 350 feet in one year, the water flow was several times the flow of the Amazon river for that year.


The rocky outcropping on the left...... 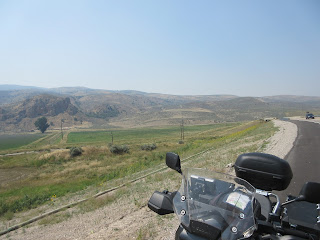 To the rocky outcropping on the right. 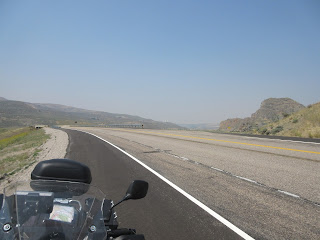 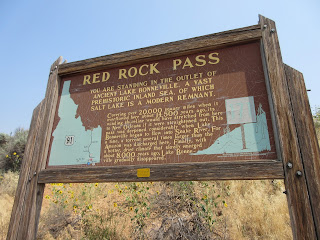 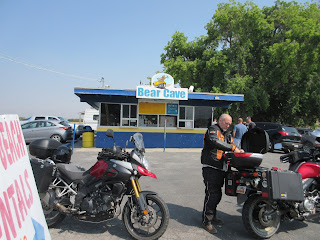 to this place that had a working restroom, and enjoyed a delicious Swiss cheese mushroom burger. 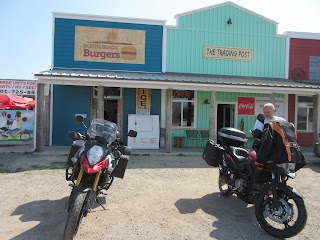 What a great day of riding, I don't know how many miles....350 maybe, I was lost alot of the day as I had never been on most of the roads we rode on.
Thanks Adrian for helping me check one more thing off my bucket list!

The good part of the ride as I remember it... 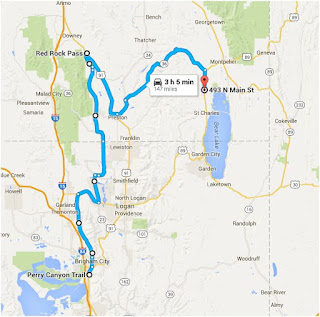 Nice to have friends to lead you somewhere new. Interesting history of the Lake.

You could be qualified to receive a $1,000 Amazon Gift Card.