East coast and home - I

My niece is getting married in North Carolina, and my son is in Florida. Sooo...I decide to jet over to the east coast to visit both. Bev will fly and meet me in Florida. 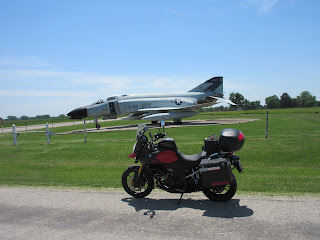 I pass through the Hay Capital of the World! 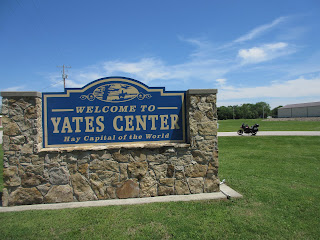 I also stop in Kansas to see "Big Brutus"
Big Brutus operated for 11 years strip mining coal. The bucket could hold about 150 tons of dirt.... 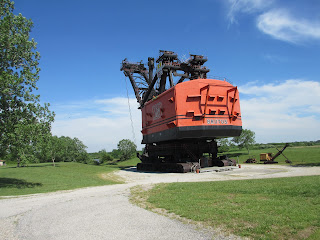 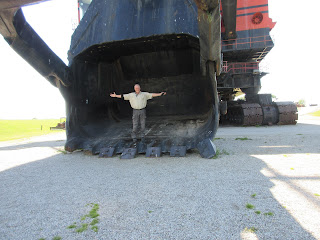 Big Brutus stands about 16 stories tall, which is a goodly height, but a few years ago a guy tried to BASE jump off Brutus and it wasn't quite high enough...he died. 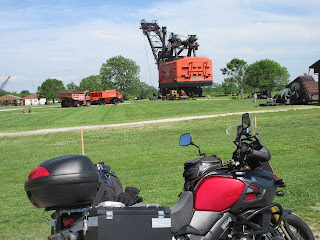 Then its on the Harrison, Arkansas and the hotel Seville to pick up the Cache. Another strom rider, SPlank rode from Wisconsin and left the Cache at the hotel desk, I stop a couple days later and pick it up. I'll take the Cache to the V-Strom Cache rally to be held in Torrey, Utah the second weekend in June. 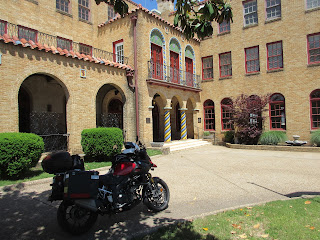 This nice lady stands in for SPlank to do the hand off. 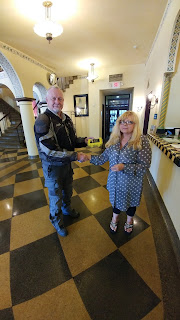 A memorial for ravens.. I ride the Cherahala Skyway...and a few miles after getting off.. 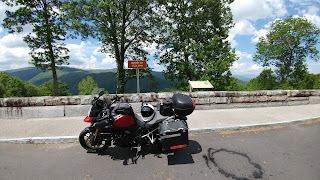 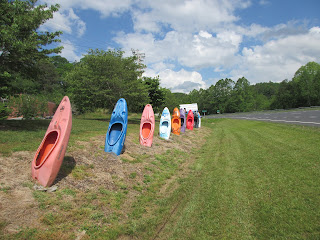 Then I reach Chapel Hill, North Carolina and attend Becky's very nice wedding.
Best of luck to Becky and Greg! 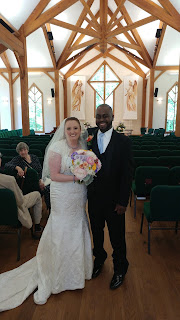 After the ceremony I use the Cache to trick these two lovelies into hanging on my arms for a brief second...   :) 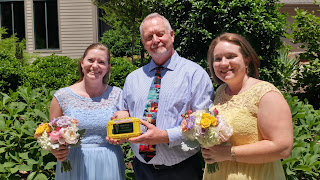 Aaaand on the road again to check an item off the bucket list. The 'bouy' pic in Key West.
I stop and get a room at Key Largo. 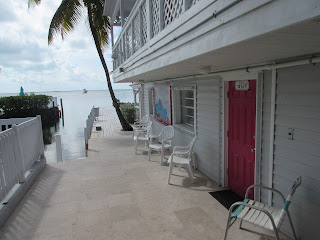 This fella was just outside my door.. 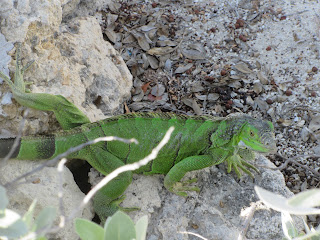 The next morning I make the trek to Key West, where I find the 'bouy' crowded!
Rather than wait for the 100 or so folks who are queued up and waiting to get a picture, I just do this; 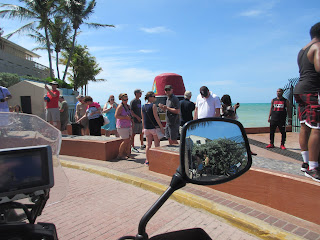 Bucket item checked off I stop a mile or so later and take a breather....while relaxing these two ladies walk by and accept my invitation to pose with the little yellow fellow. 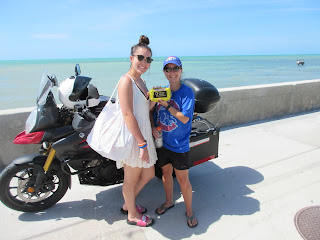 A few days later I arrive in Panama City for a 4 day visit with Fenton and Laurie. Bev flew in a few hours after I arrived.
This is the view from the front of their house. We spent a lot of time on the water. 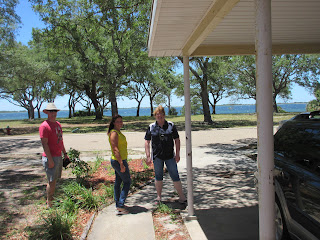 And enjoyed some very nice walks on the shore. 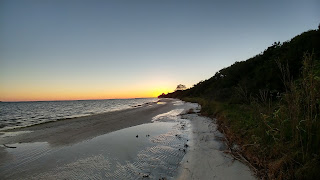 Glad you had a great trip!
It was nice to meet you along the way.
Ride safely. Keep the rubber side down!

Sounds like a few good excuses for a road trip. And nice weather this time.

Glad you didn't try base jumping off Big Brutus. :-)

It sounds like a great trip. Not having a problem with the heat and humidity?

Oh, this is the second weekend in June so you're probably back by now...

John - I was glad to meet you! Thanks for baling me out and fixing my bike!

Trobairitz - No BASE jumping for me! Even from something that tall...

Richard - The heat and humidity made the Florida, Arkansas, et al part of the trip uncomfortable. If I go to that area again in the summer it will be in a car with good AC!

Thanks for reading everyone! :)

Some really interesting things along the way - thanks for sharing.