Its the second week in June and time for the annual Cache Rally/Gathering
This year we hold it in Gardiner, Montana which is at the north entrance to Yellowstone park.

Howard and I ride through the park to get to the rally and see three bears. I was only able to photo two, but before the weekend was over I saw 6 bears in the park. Wow! 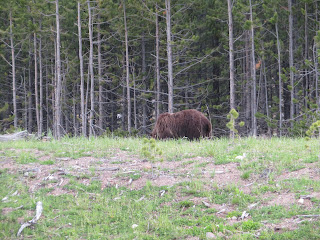 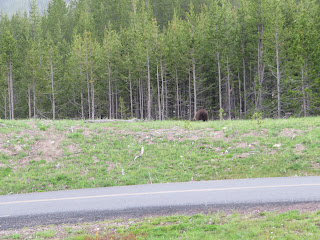 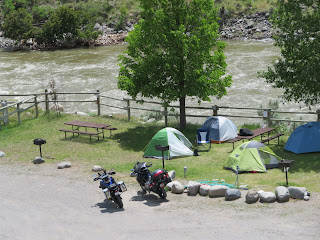 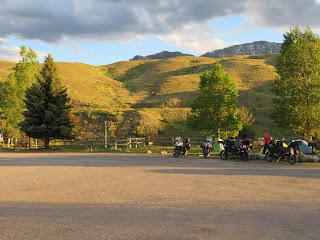 We decide to get a group pic in front of the famous Roosevelt arch. I thought parking on the sidewalk would be a good shot.....but then..... 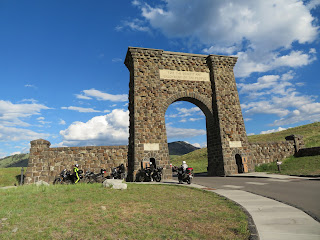 ....two park rangers showed up seconds after we parked. They were decent about it and just told us to park by the curb and don't block both lanes... Which we did.. 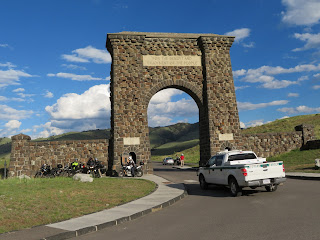 ....and ended up with this picture. 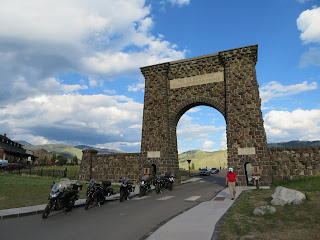 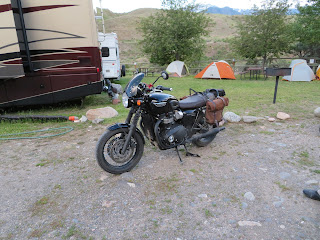 Four of us ride over Beartooth Pass, Don, Mark, Howard and me. 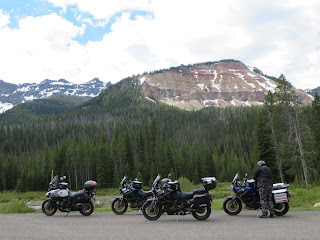 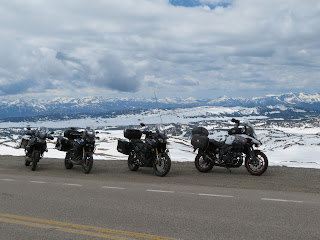 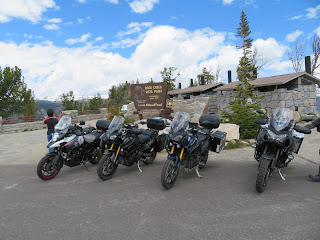 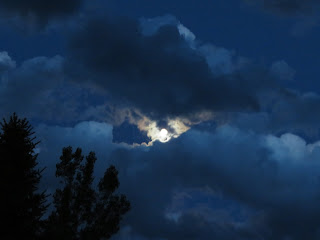 And the elk burgers were awesome! 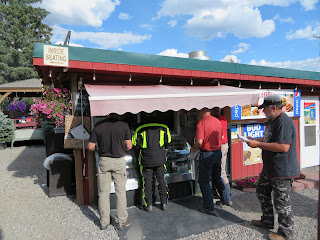 I had a few pictures with faces in them but each one had a reason not to post them so we just get this.

1372 miles for me. Others had many many more. States represented are; Alabama, Washington, Arizona, Utah, Idaho, and Colorado.