And this is the haunted motel. Later in the day we met three riders from Colorado who had stayed here a few days earlier and were run out of their room at 2am by a.....? They really could not say what it was but they were 3 grown and sober men and were frightened by something.
When we woke up the day of our stay Randy mentioned he had had some "really strange" dreams....  Weird eh? 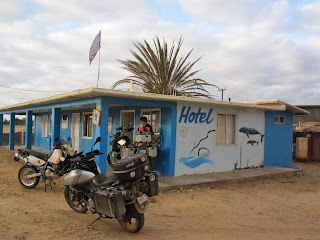 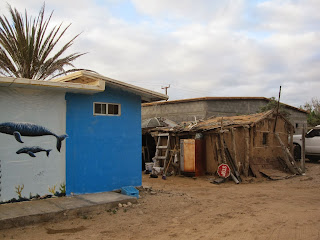 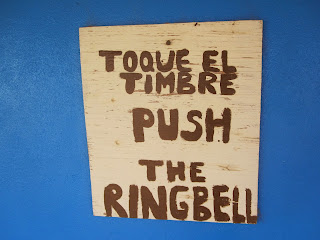 The group from Colorado. 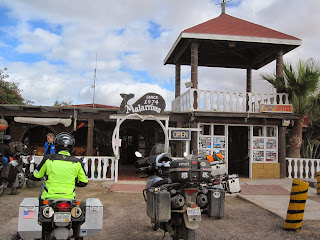 We stop in Guerrero Negro to get fuel and this guy shadowed us asking for money. He talked to himself and was obviously special needs.  I admit, I fed the bear. 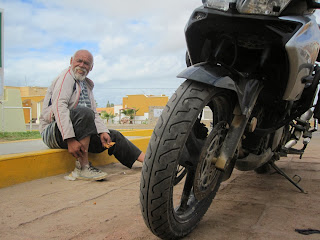 Some scenery on our way to Loreto. 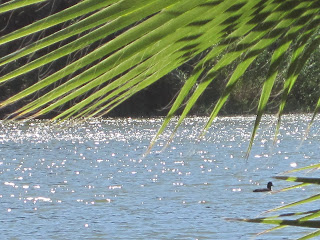 The mission in San Ignacio. 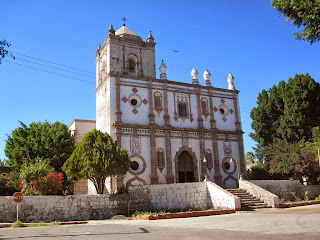 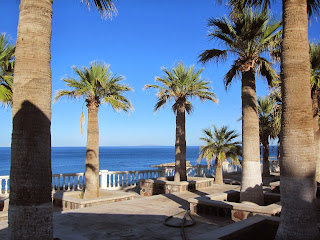 Remember two days ago, the 40 mile dirt road that led to Coco's corner? As we were on that road we saw this couple in their (heavly laden) Audi sedan driving on that road. We thought they were crazy for taking that kind of car on that kind of road. It turns out that google led them that way and called it the "Best way".
And now as we went to dinner we run into them again! Both a pleasure to meet, but she (Ryan, if I remember right) had one of the most effervescent personalities I've ever seen. I hope they enjoy their time in Baja! 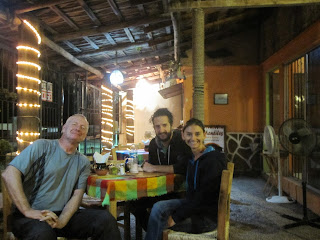 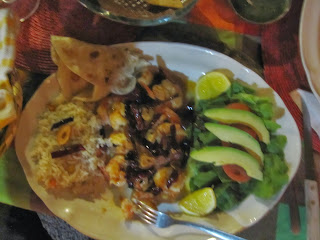 The next morning looking out the front of the Mission Hotel, in Loreto. 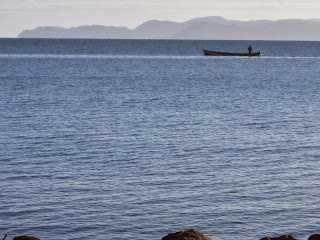 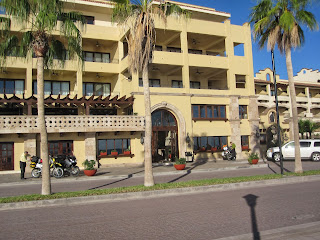 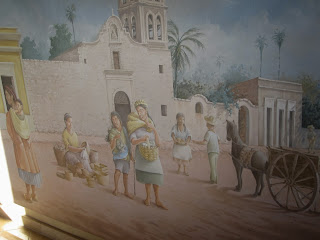 Cortez and me looking at the sea. 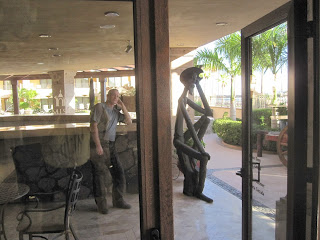 Some sights along the road to La Paz. 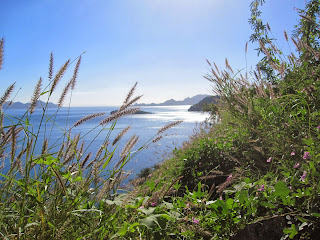 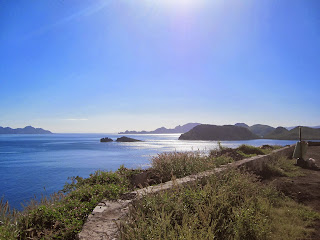 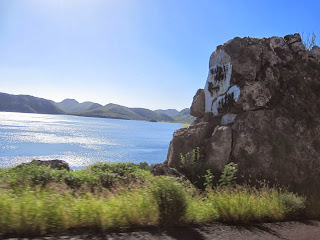 We check into our hotel at La Paz and get ready for an unsupervised night on the town!

Ken, this is the best RR that I've read all year! Really interesting to read about somewhere that I will most likely never visit. So many of those pics are stunning and from this side of the world it is nice to hear something positive about Mexico - all we ever hear about are drug related massacres.

PS. Do tell more about the 'haunted' motel.
Cheers Jules.

Jules - Nearly a month later I finally see this comment.
I agree so many times we hear the negative about Mexico, but I have been told the mainland is much different than Baja in terms of drug problems etc.
The Haunted motel... Not much more to tell. I do want to stay there again and see if anything happens.... or maybe not. LOL
Thanks for reading!