Several months ago biker buddy Adrian aka Snownut tells me about Utah's Stonehenge on top of Pahvant Butte. On my mental bucket list it goes.
So I had today off and decide to check off the Stonehenge. I follow SR 6 south to Delta. 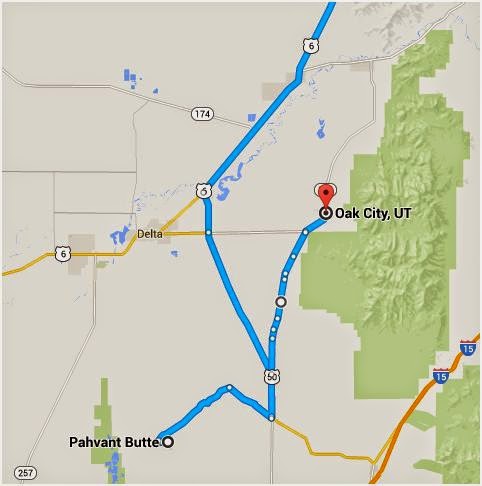 I find the back road I'm looking for...I'll be on dirt for about 10 miles. I soon run into sand...parts were so soft it was like sugar, but luckily it was only 100 yards or so. 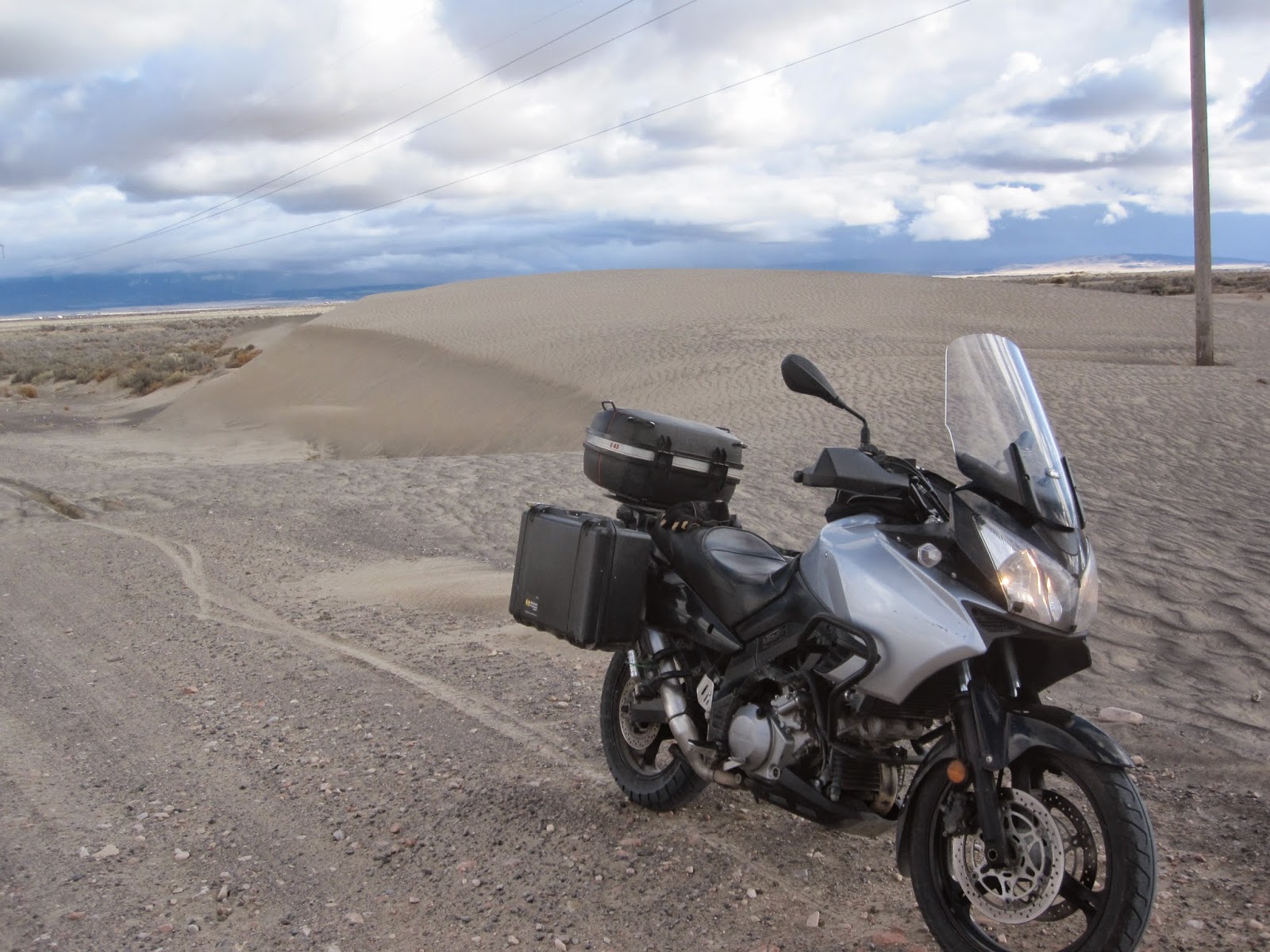 Ten miles later I see something strange on this hill top..... 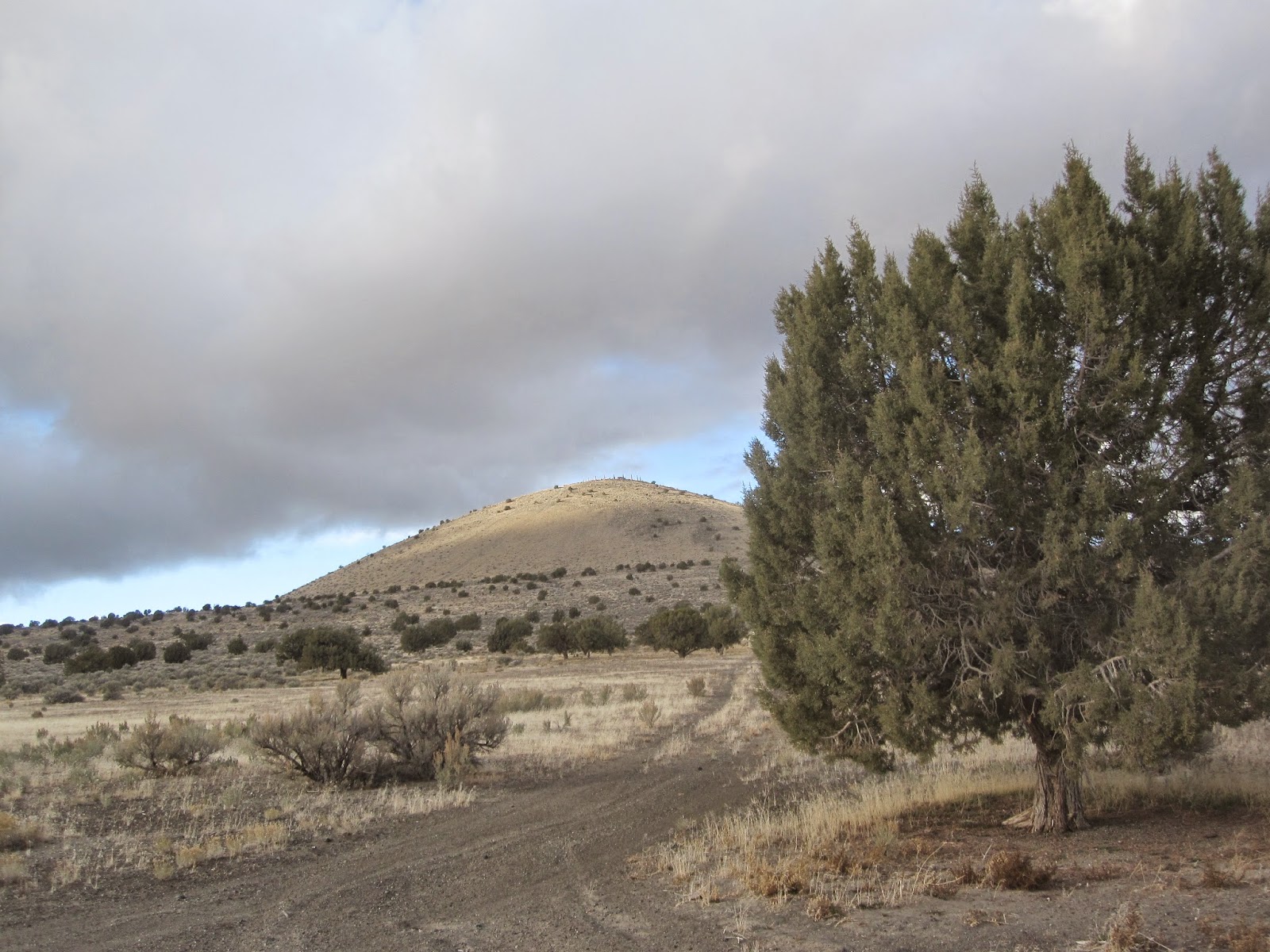 Sitting in the same place I extend the camera lens and get this shot, you can see Utah's Stonehenge on the top.
The top of the hill is about 5500 elevation. The hill was formed by lava doing its thing underneath Lake Bonneville thousands of years ago. At its highest level Lake Bonneville was 5100 feet, so this mountain would have been 3 or 4 hundred feet out of water. 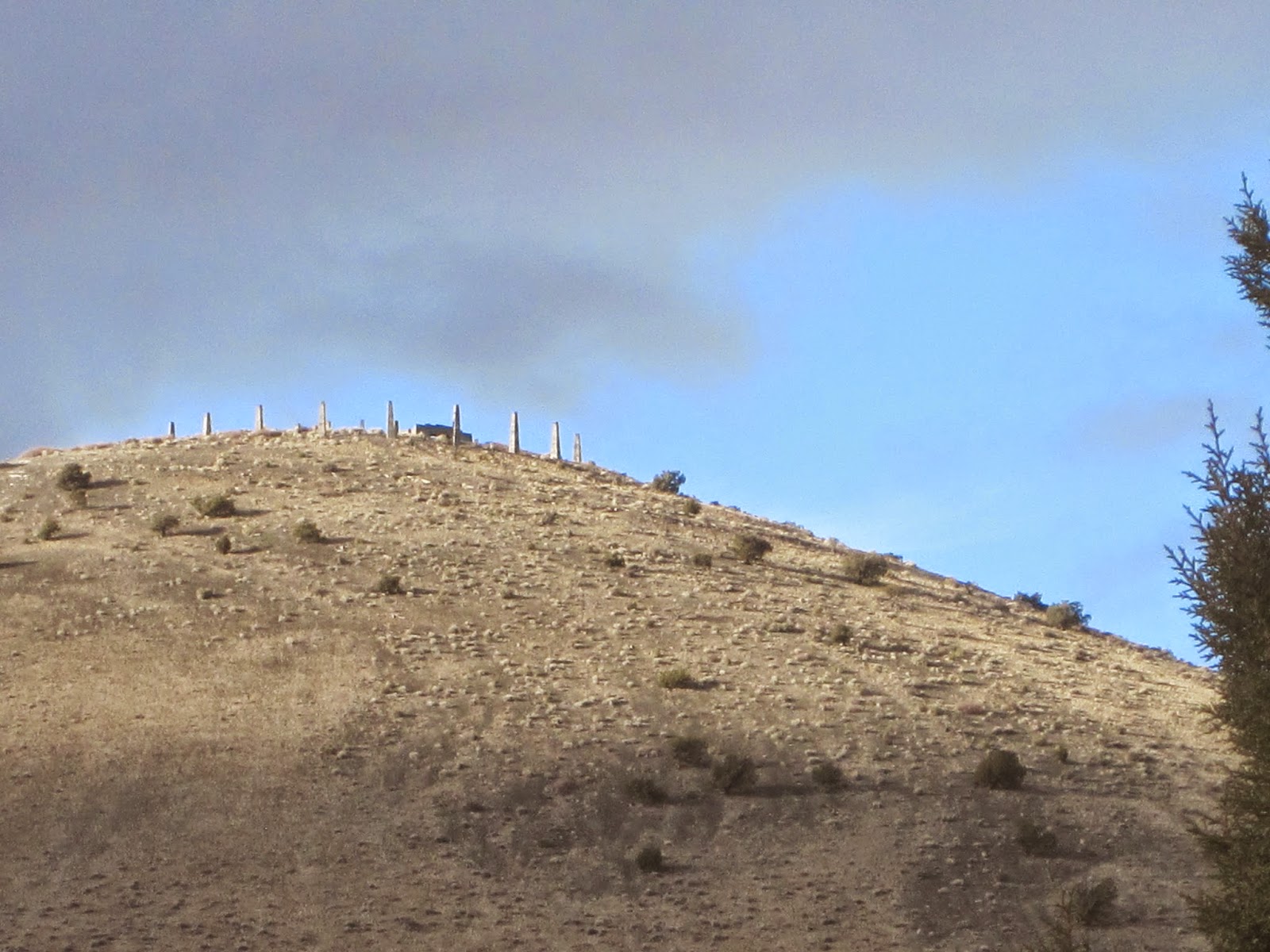 And how did Utah's Stonehenge get here? In 1923 a man named A.H. Hood, an early advocate of renewable energy convinced some investors to finance a wind farm on Pahvant Butte, the power harvested would go to local farms.
The project was started but never finished.

Some say Mr. Hood was a crook.....get it? Mr Hood....crook.... anyway some say that he went to prison for fraud. Others claim he left town with the remaining funds never to be heard from again. Still others claim he was hung by an angry investor on the construction site and that he visits his wind farm on each anniversary of the his execution and just ....hangs around for the night.
Whatever. I had fun visiting the Pahvant Butte wind farm. 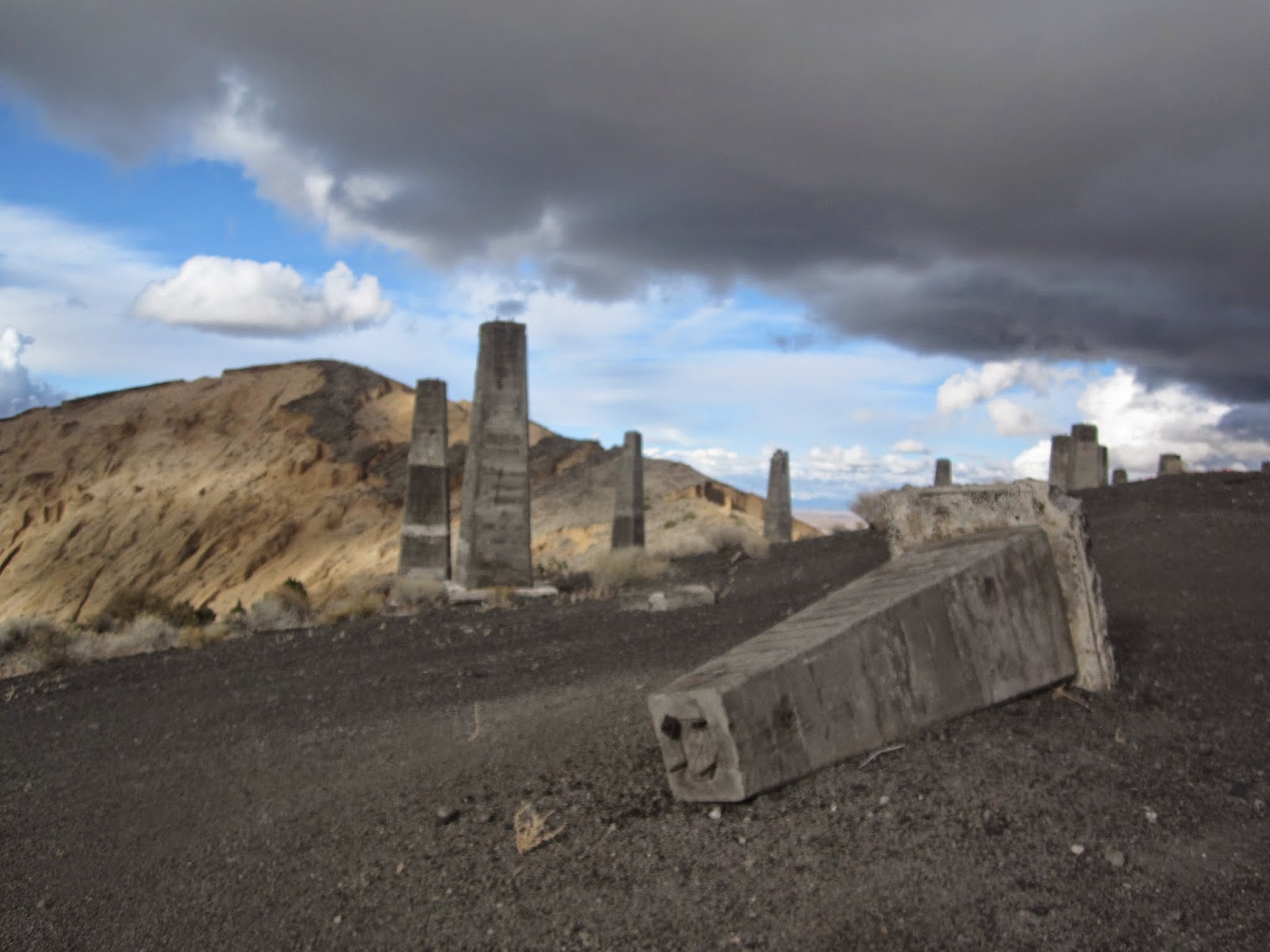 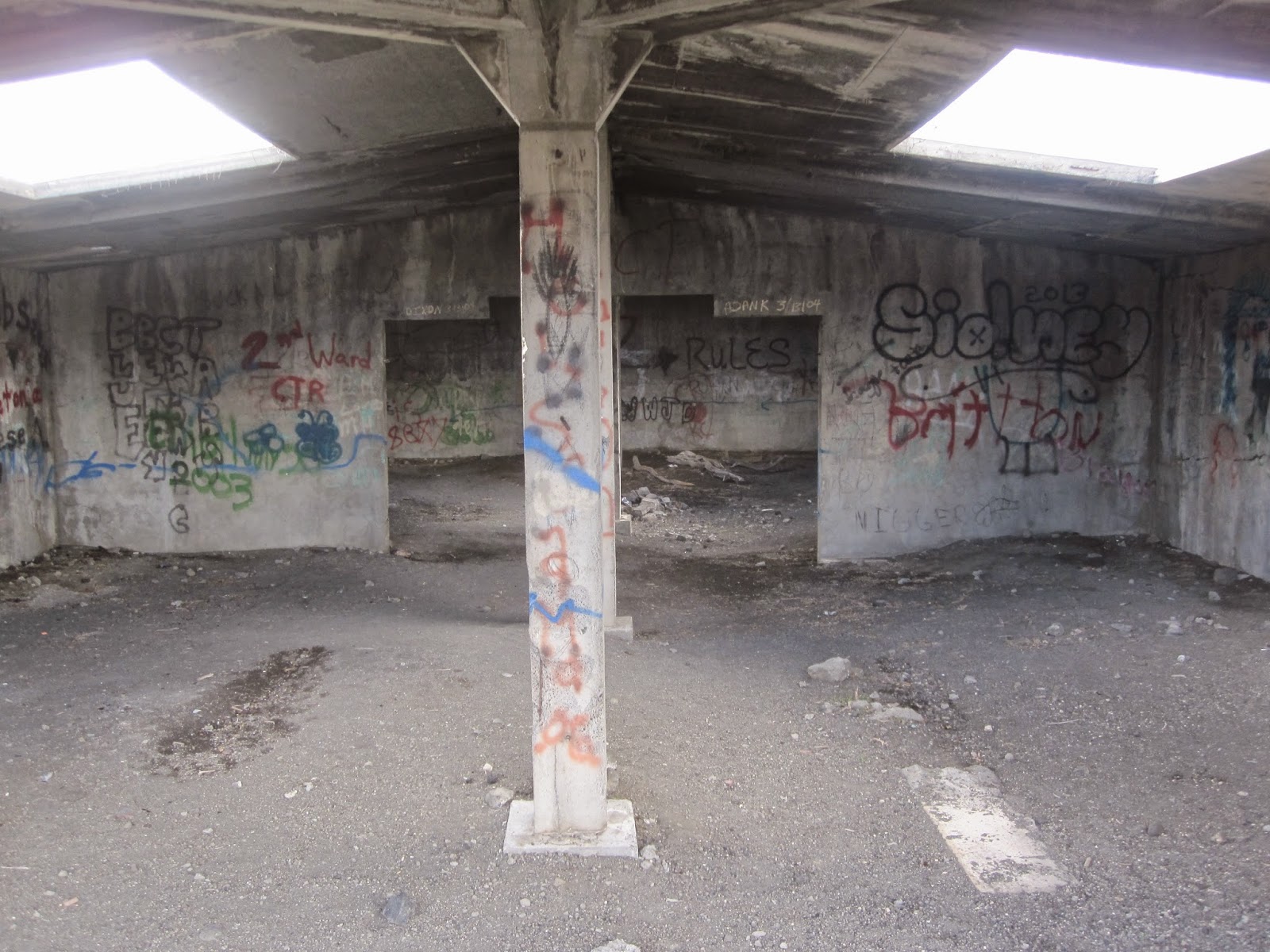 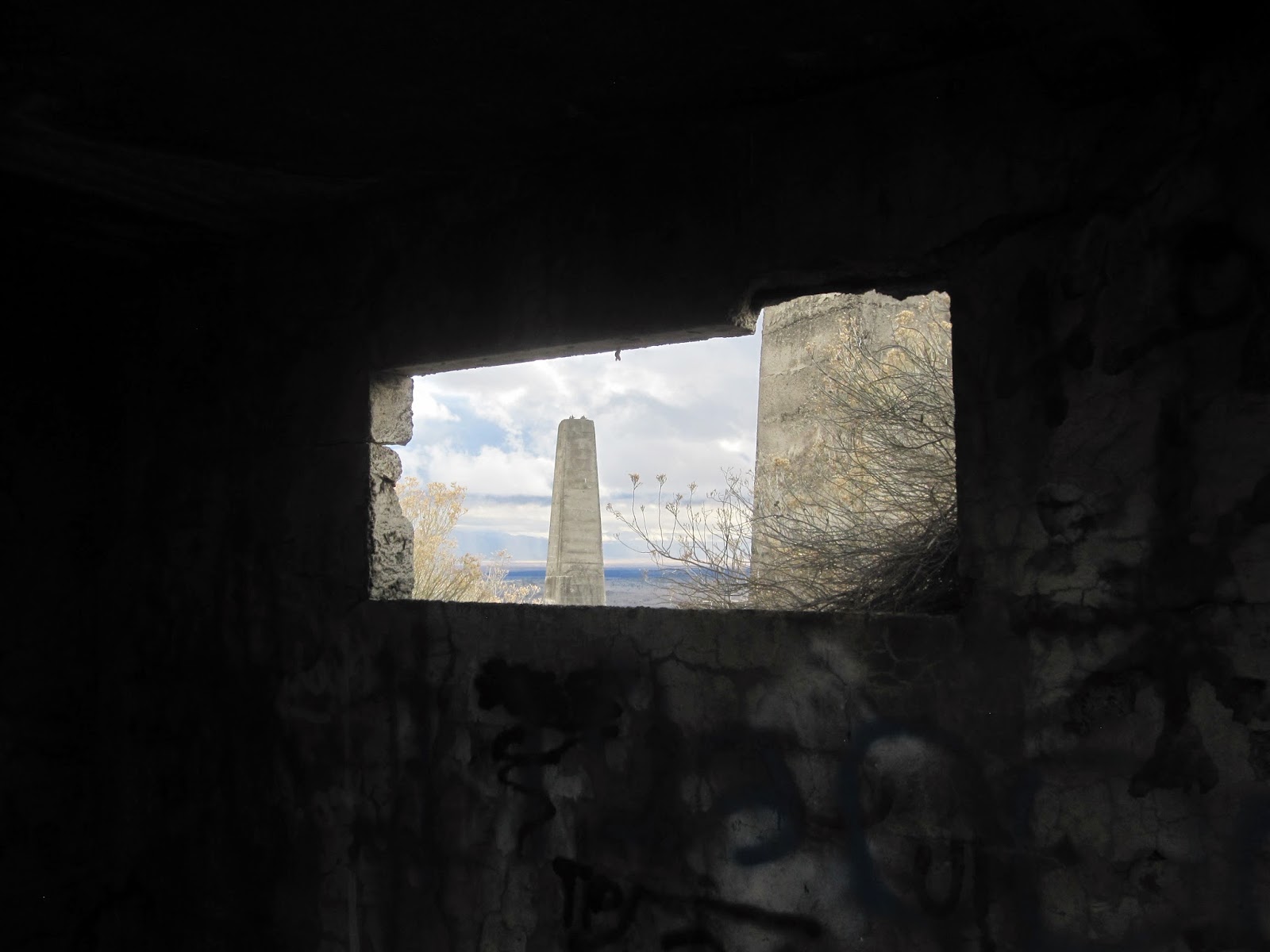 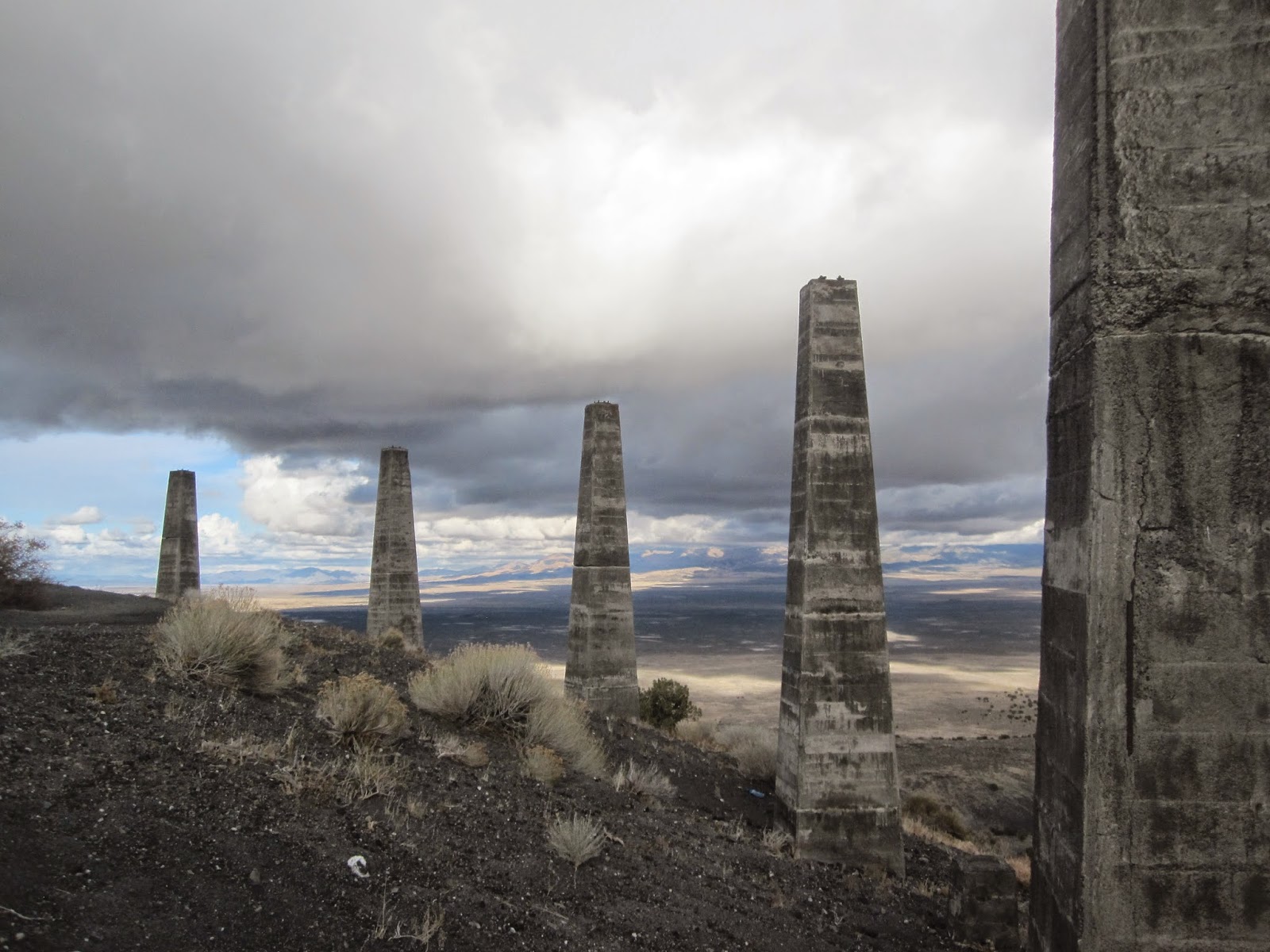 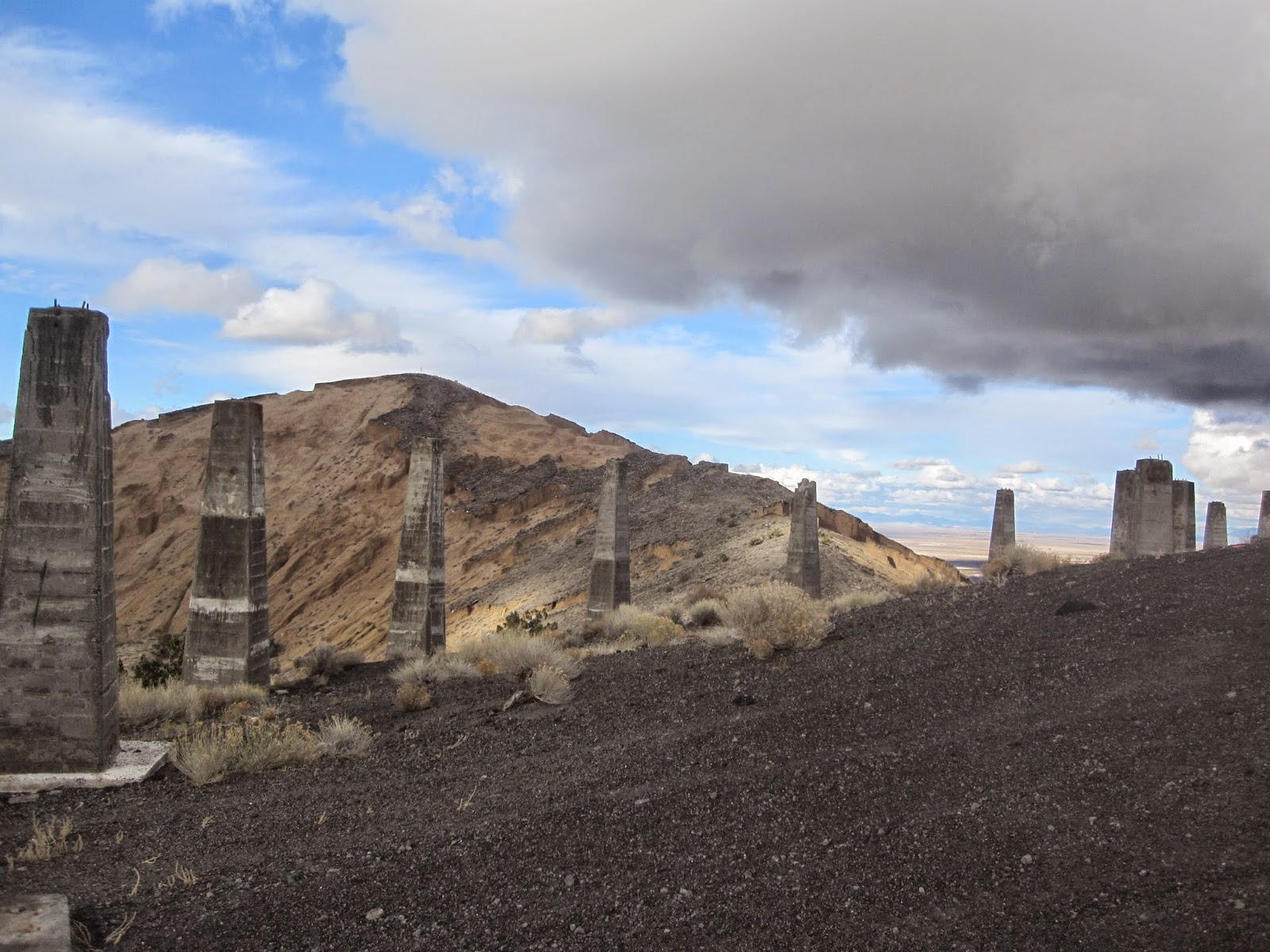 I go out the same way, but when I get on the highway I go through Oak City. 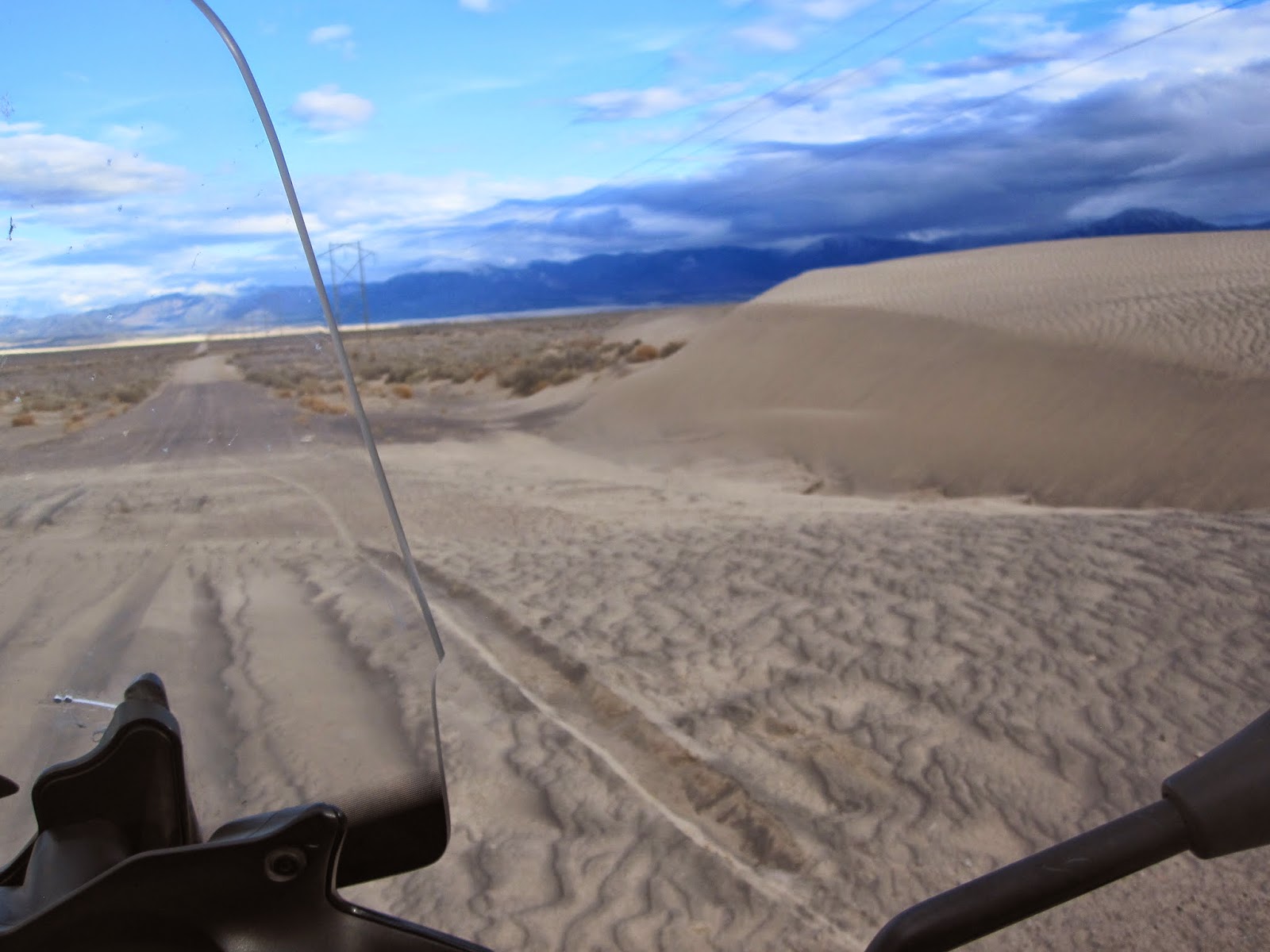 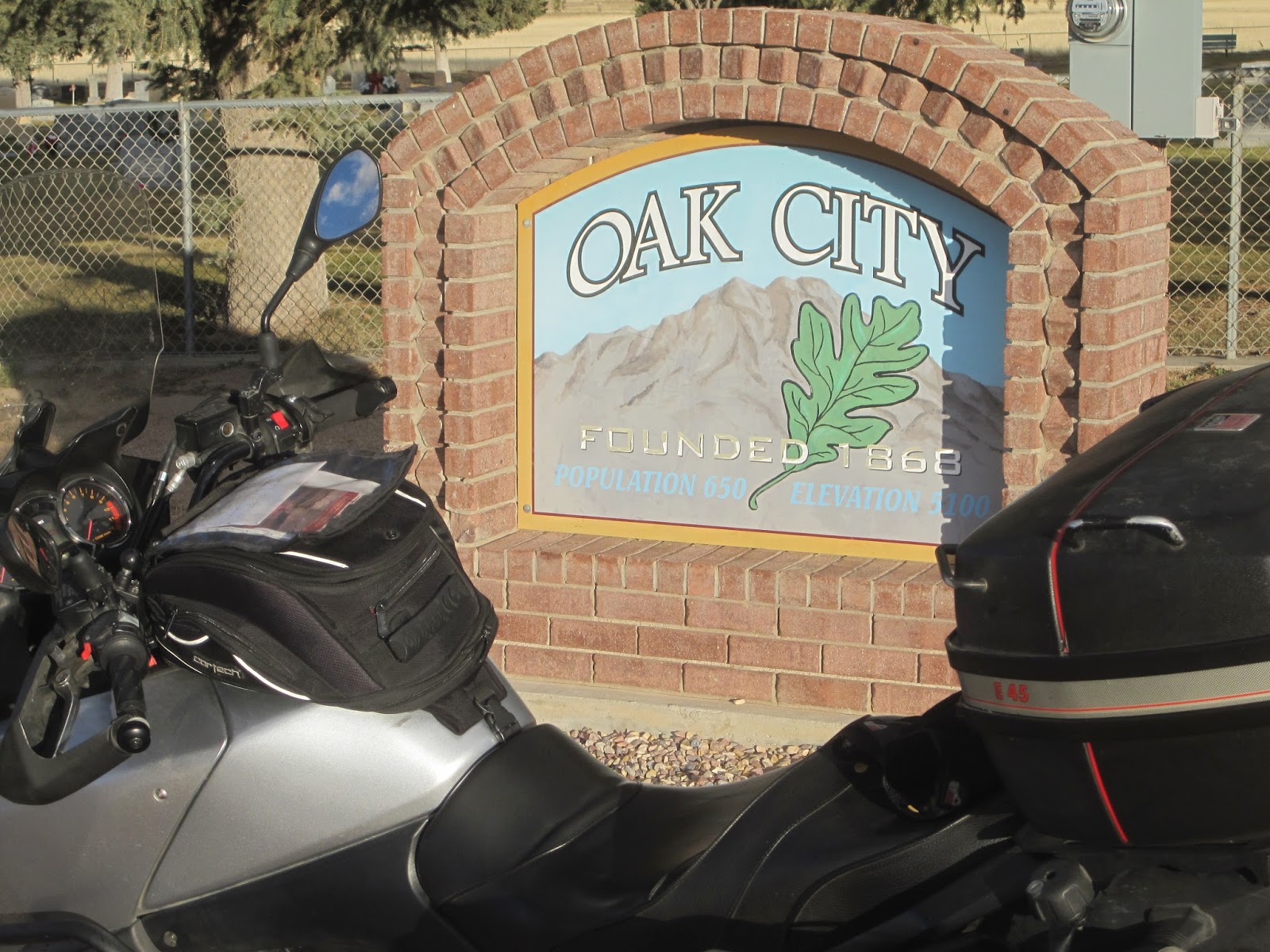 And I follow the moon home....no wait, maybe the moon was following me. 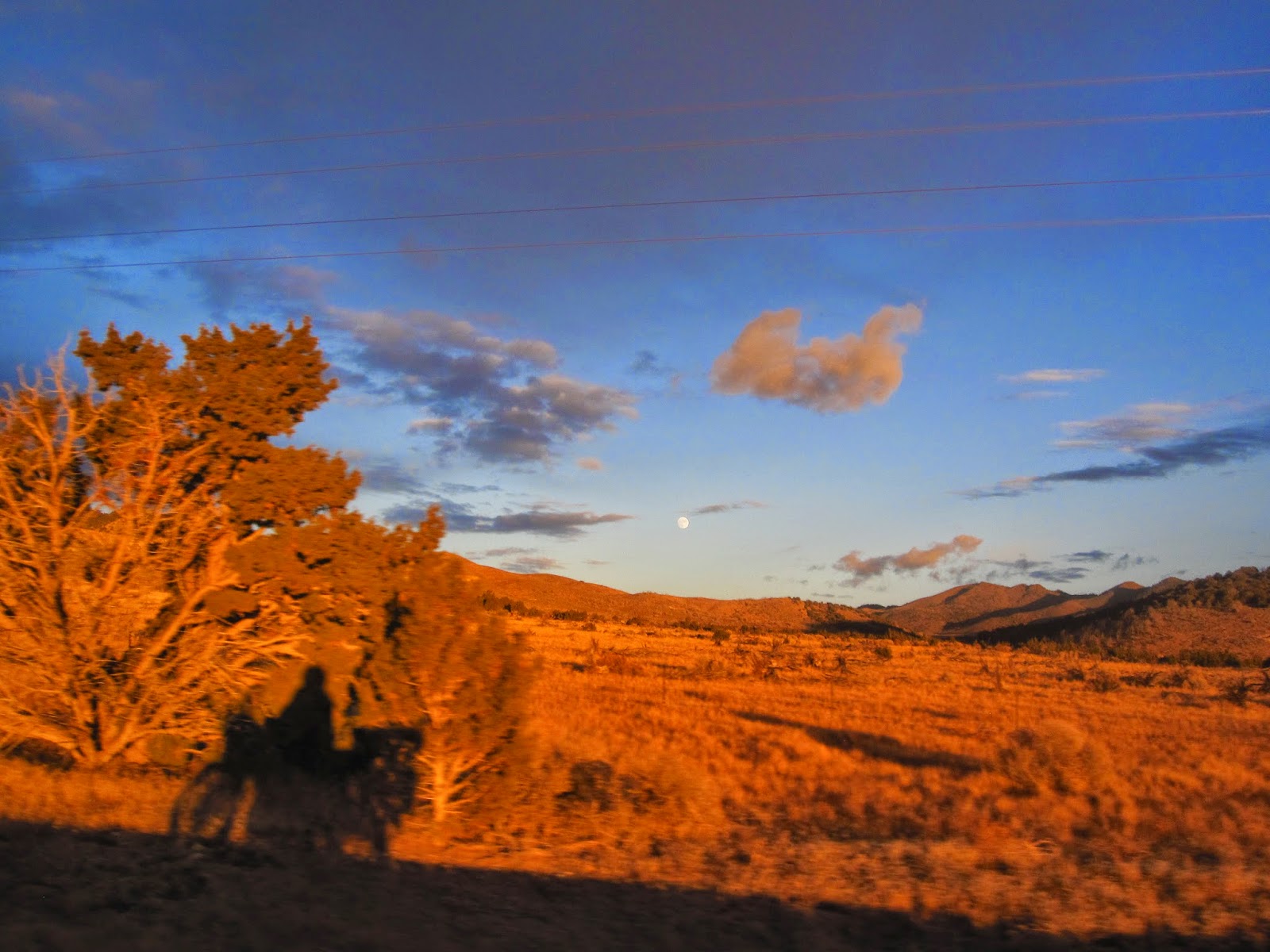 285 mile day ride. It was cold, but fun to visit this place and learn some history about my state.
Posted by Ken at 8:28 PM

Kind of a cool but eerie place.

Thanks for sharing. I always appreciate sunshine pictures when it is pouring outside.

Trobairitz - Pouring outside?? Nice to hear you finally getting some rain!

You might qualify for a new solar energy program.
Click here and find out if you qualify now!