Part II
The middle 7 stations.
These 7 are easily accessible. By 'easily accessible' I mean the 30 or so miles of dirt road to access the last three is a good dirt road, graded and drama free. The next group of stations in part III will be a much higher number of miles on dirt. 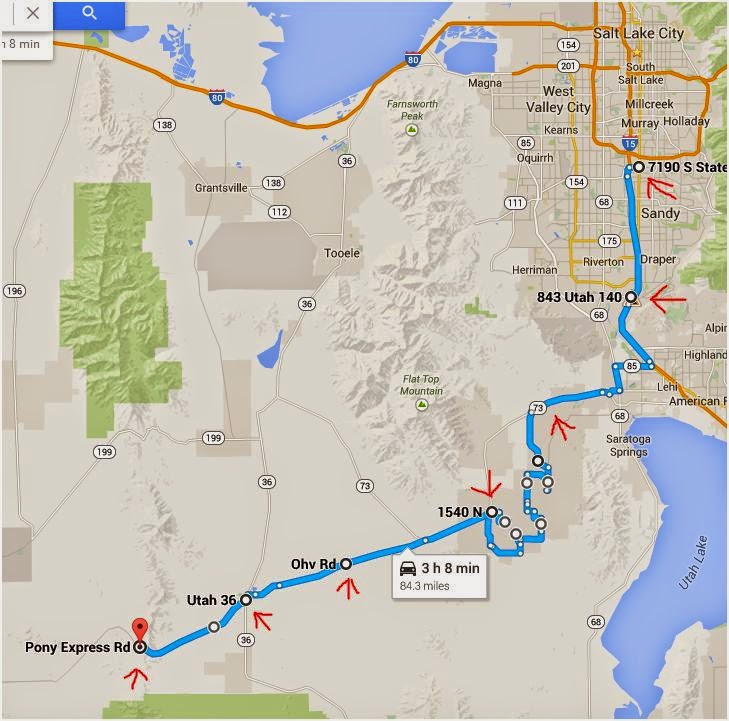 I ride out to Sandy to get the "Traders Rest" station. This marker is at about 7200 south on Salt Lake area's State Street, a 17.3 mile arrow straight, mostly 6 lane road that is the 'main' street running through the towns of Salt Lake City, Murray, Midvale, Sandy, and
Draper...and probably a couple others I'm forgetting.
*Traders, or sometimes known as Travelers, Rest station* 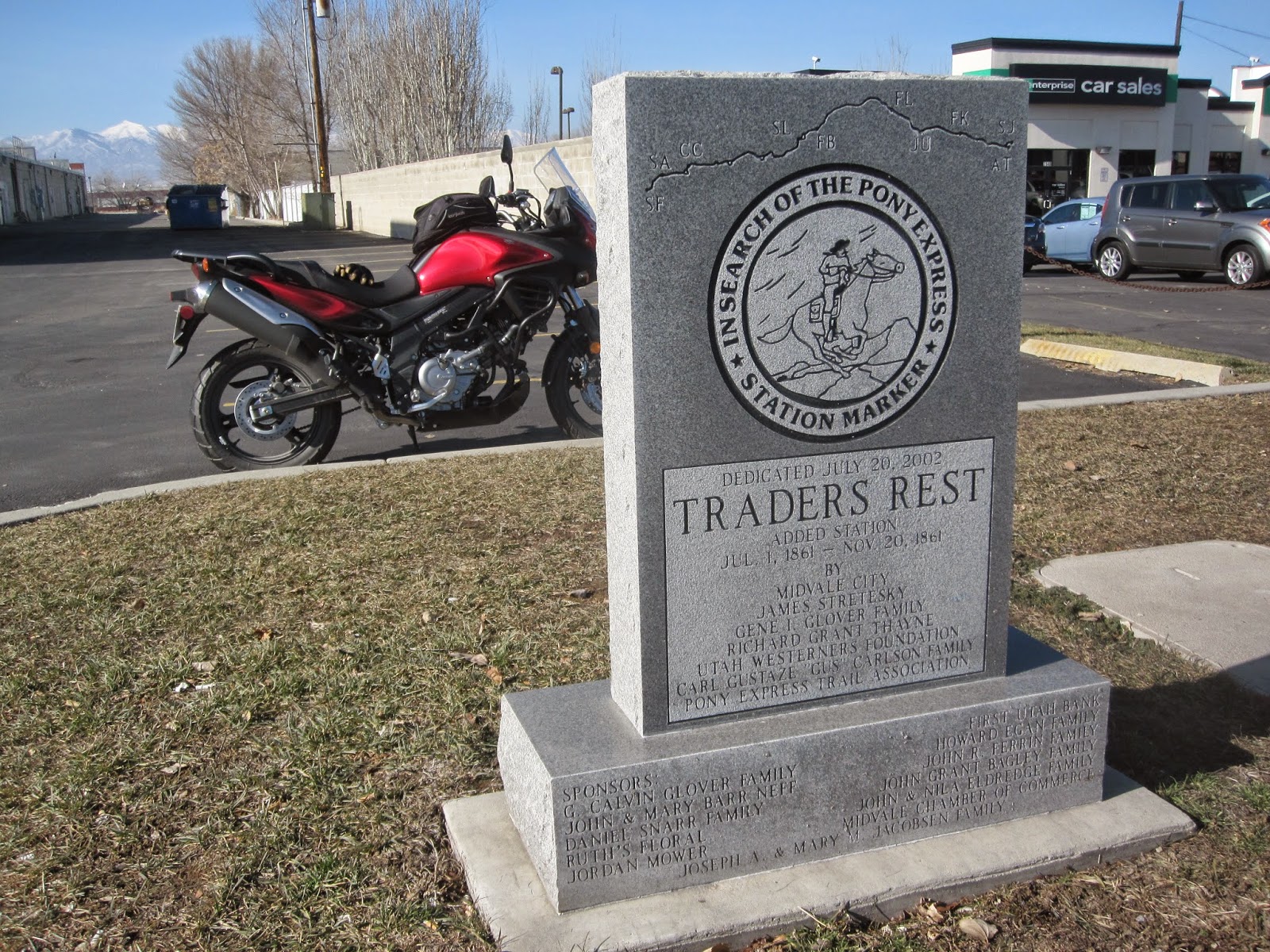 Moving on to,
*Rockwells station* 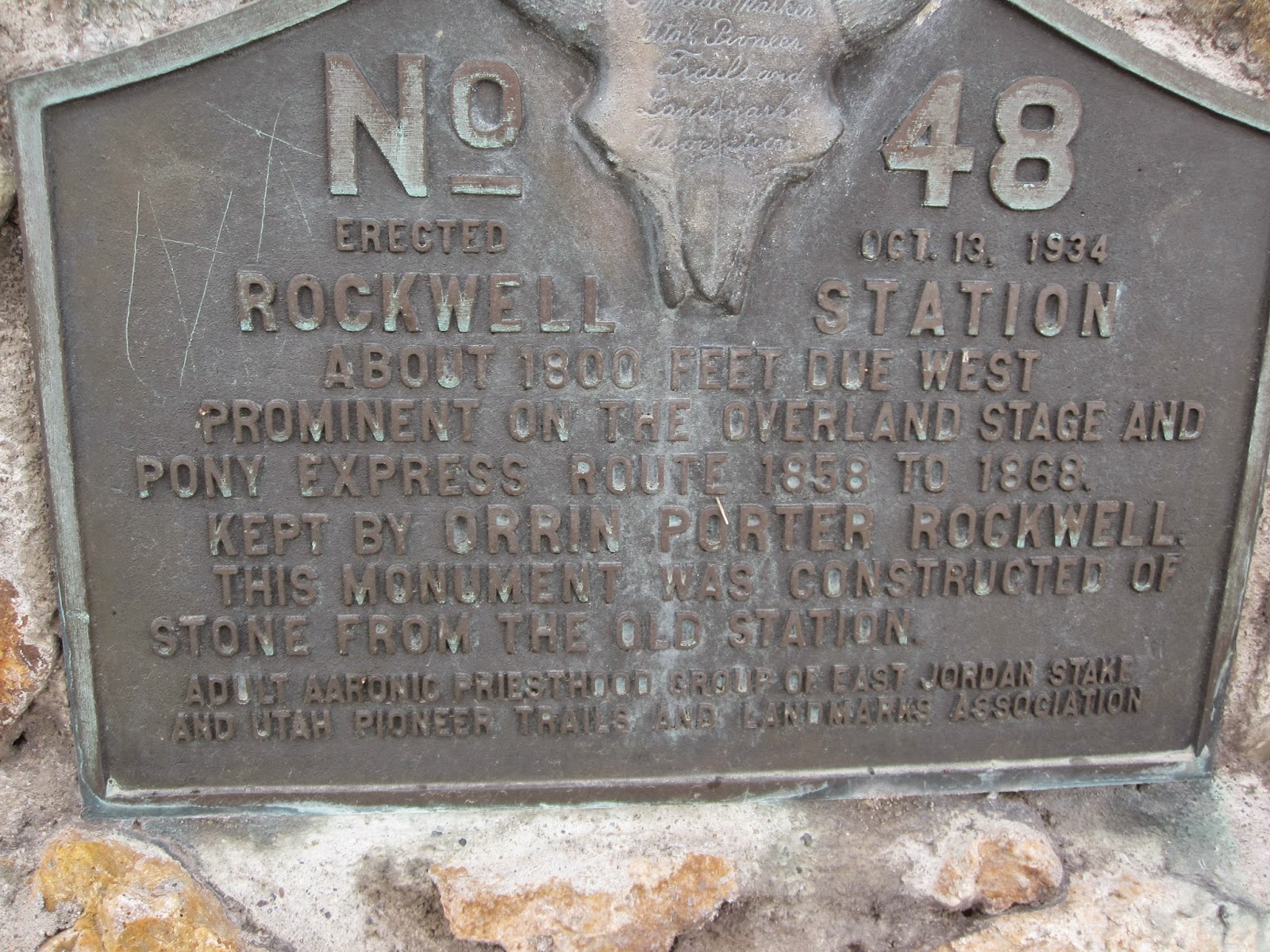 A new building is currently under construction where Rockwell station was originally located.
Directly to the west of this marker is the state prison.
The picture below is looking north and a little east from the Rockwell station marker, the pass through the  snow covered mountain above the bike is where the westbound Pony Express rider would have entered the valley.
Run by the colorful Orrin Porter Rockwell, the station was also home to the Porter Rockwell's Hot Springs Brewery Hotel.
Porter Rockwell is a legend in Mormon lore. Defender of the Church and its leaders, lawman, and body guard to Joseph Smith and Brigham Young, he was promised by Joseph Smith that if he never cut his hair, a bullet would not take his life. He died of heart failure in 1878 at 65 years old. 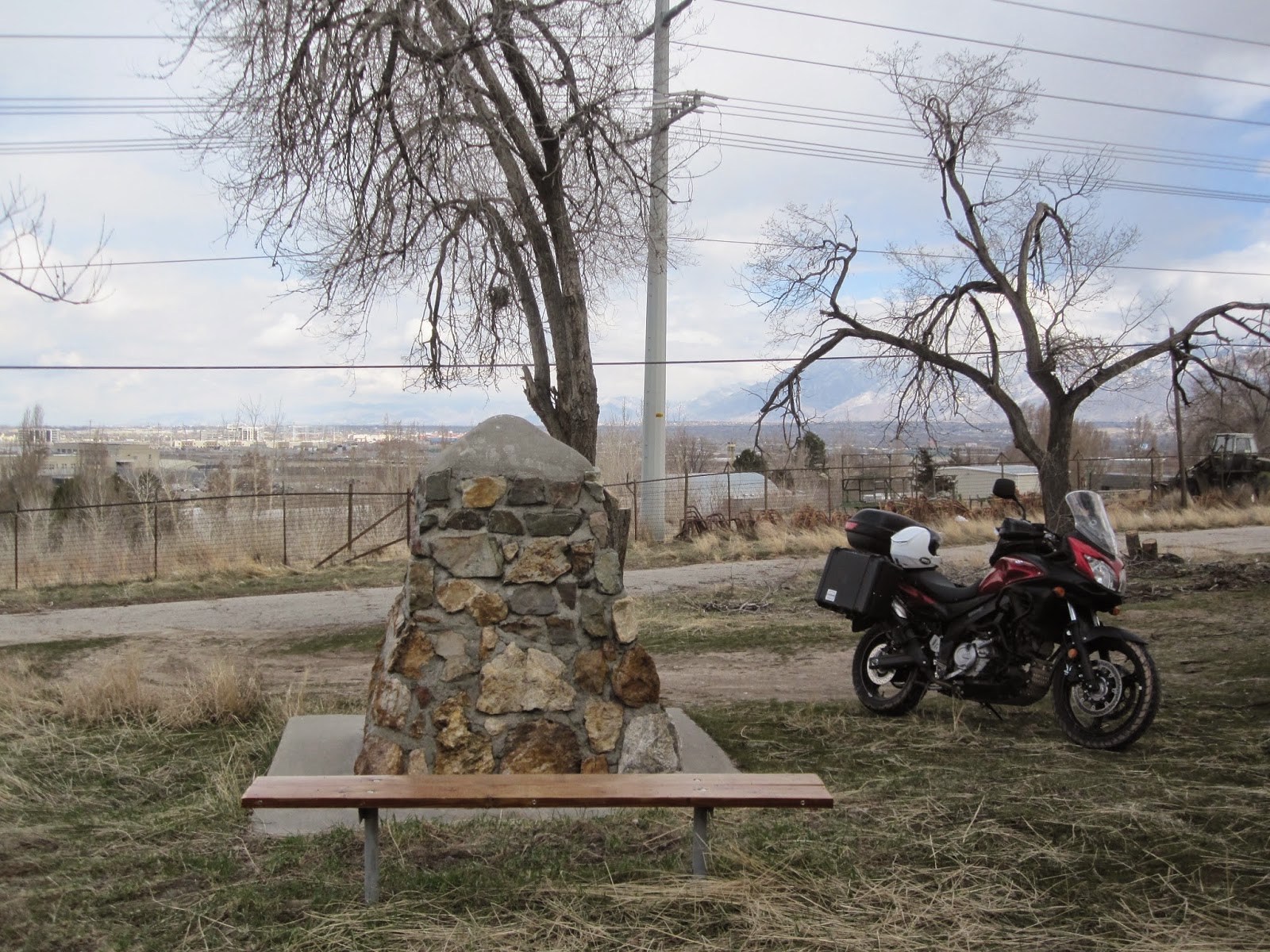 Satch and Cameron join me to bag a  few stations.
We are in Eagle Mt, on the Pony Express Trail road... there is no marker for this station, however, using our finely honed guess-ti-mating skills we decide the station was just above where Cameron is pointing.
*Joes Dugout station* 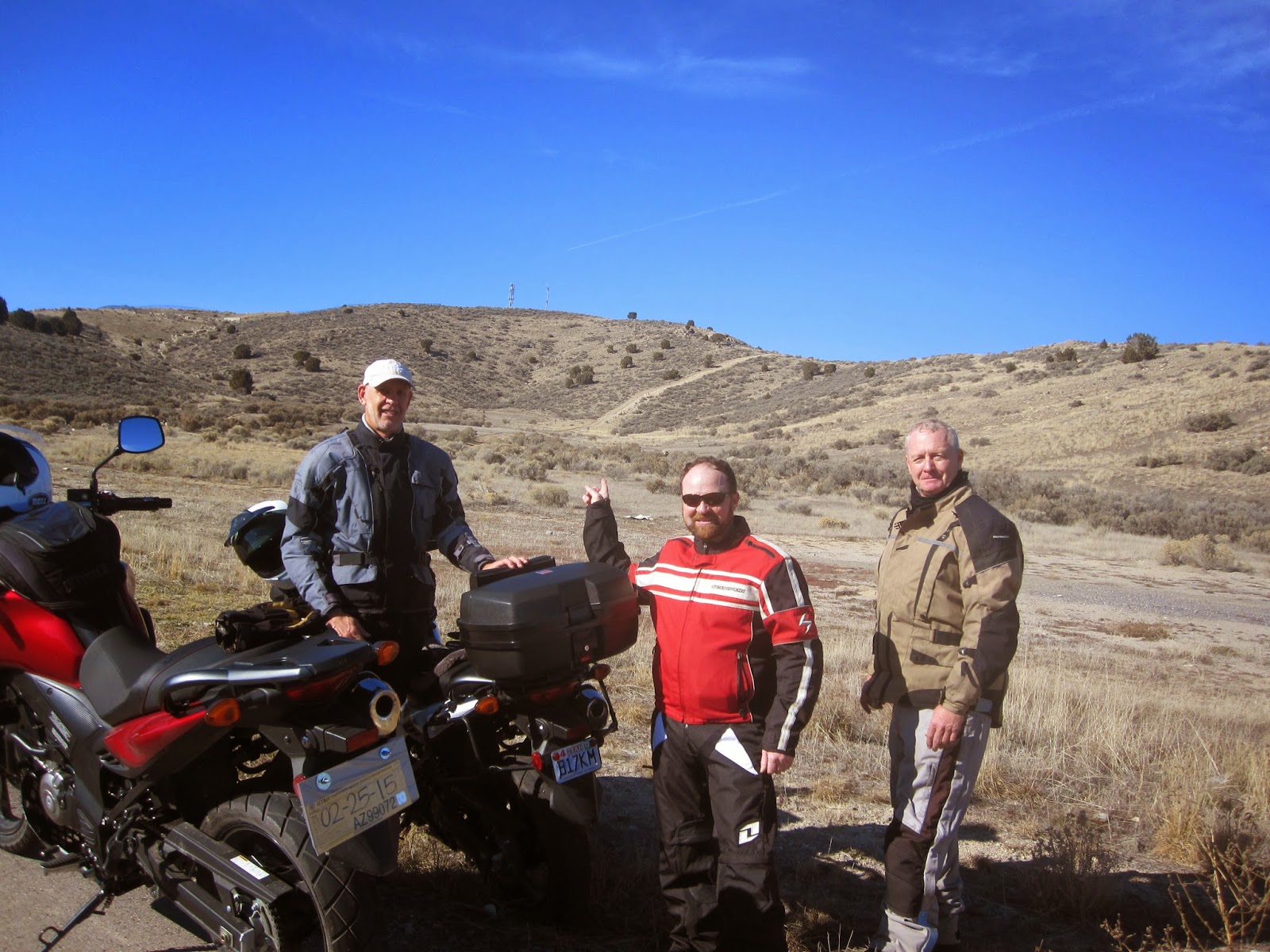 Joes Dugout got its name when the owner, Joseph Dorton built a small log roofed dugout as lodging for an Indian boy he hired to care for the horses.

Next station is at Camp Floyd.

Camp Floyd was established at a time when the religious freedom we take for granted in these days was not in effect for the Mormon pioneers. In 1857 the Federal government sent 3000 troops to quell what the POTUS (Buchanan) called the Mormon problem. The endeavor was termed the  "Mormon war" or "Buchanan's Blunder" depending on who's propaganda you believe.. The 'war' was resolved without a battle, and the army subsequently  built Camp Floyd to house the soldiers.
*Camp Floyd station* 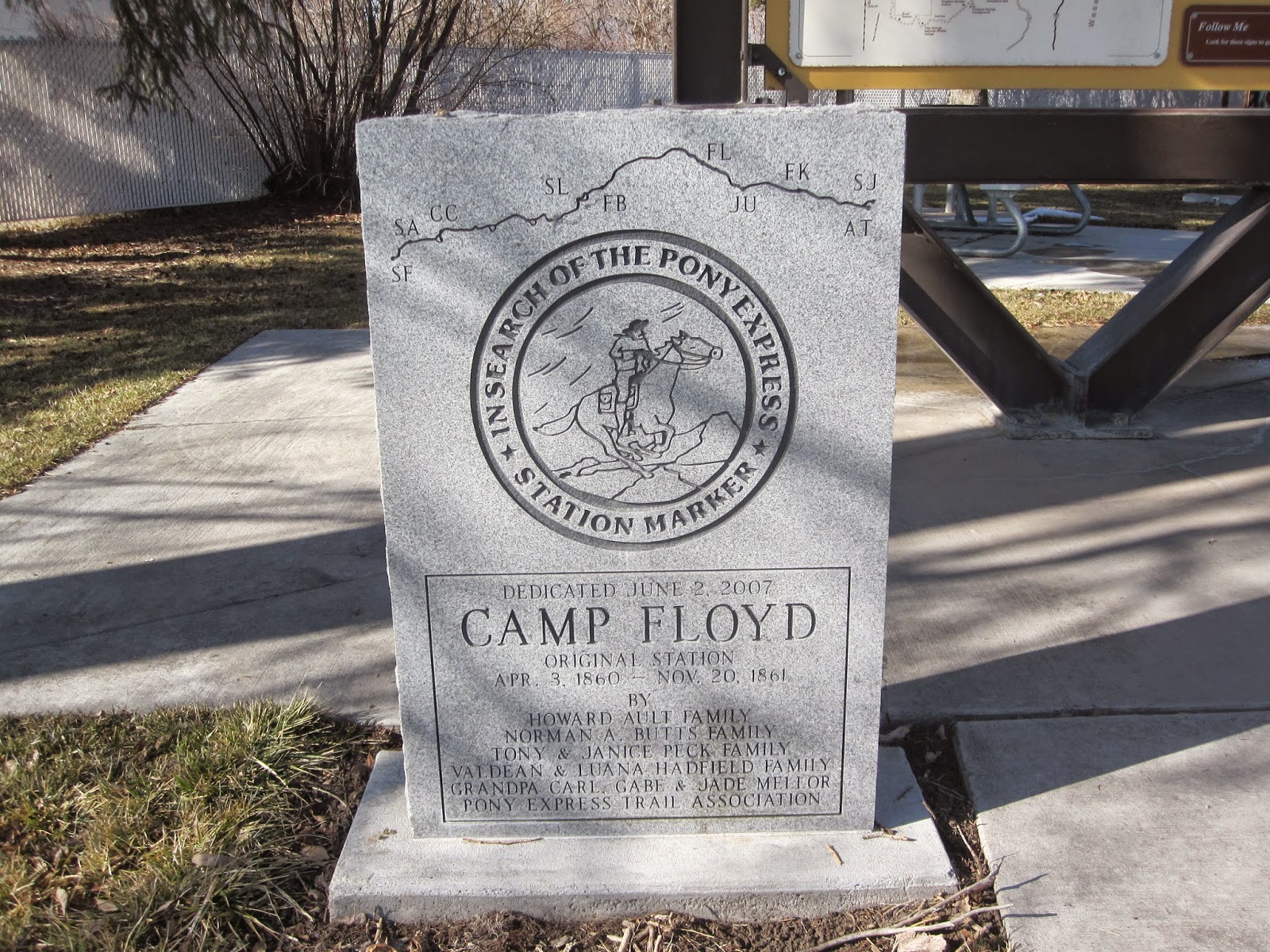 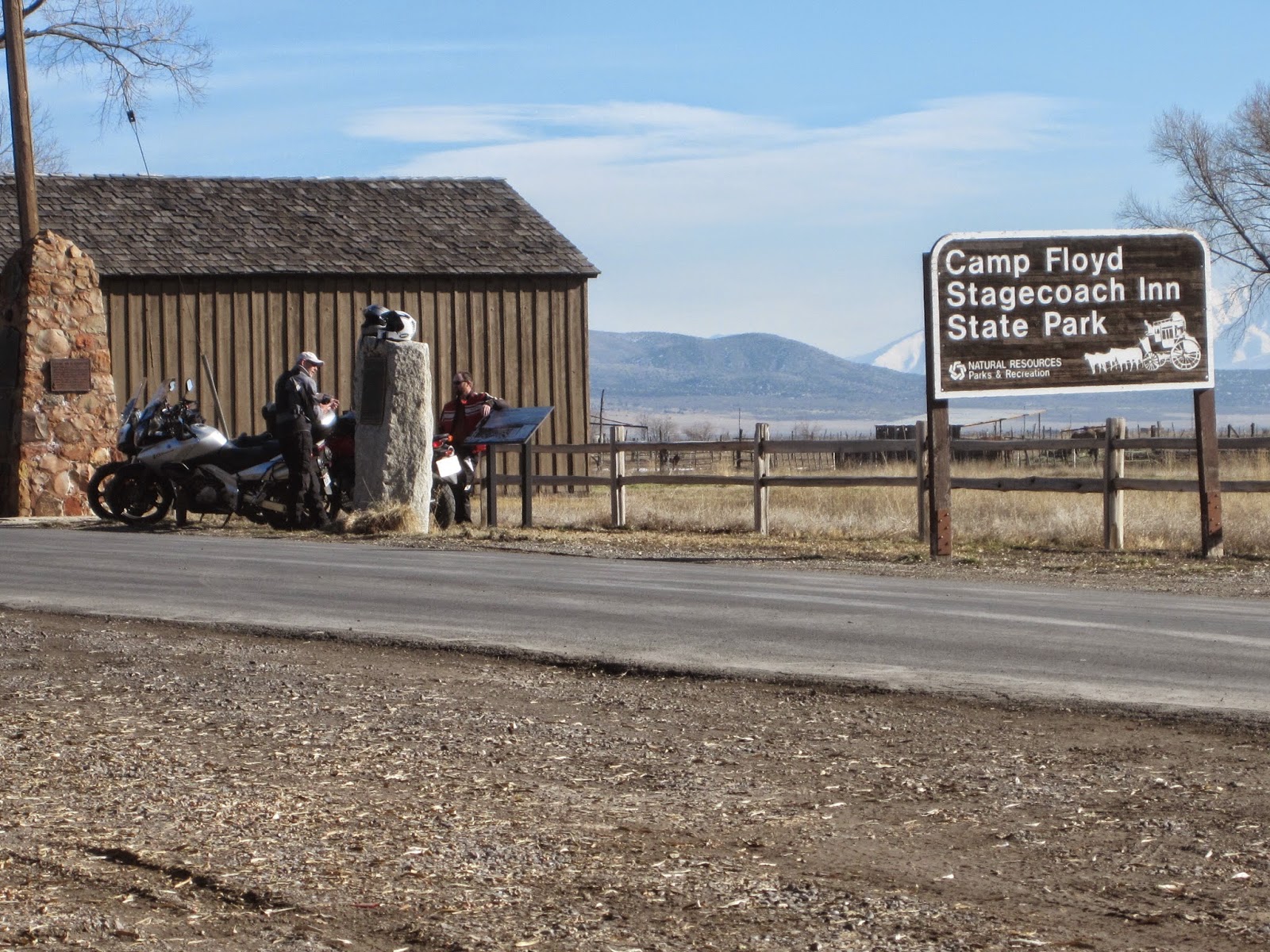 I wonder what this ancient tree thought of all the pony express riders racing around.. 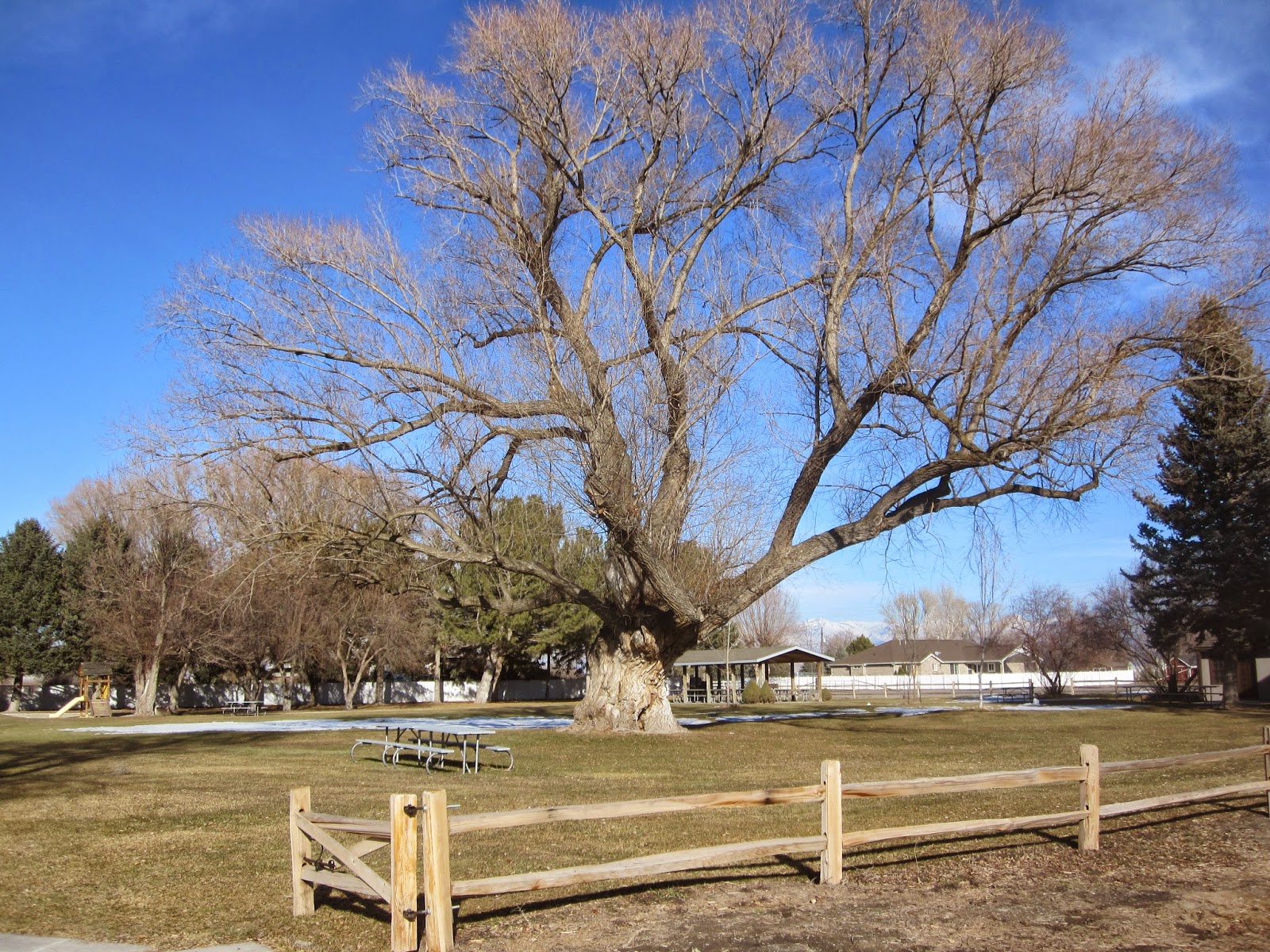 Satch leaves our little expedition after Camp Floyd, Cameron and I ride to the next station via a 12 miles dirt road.
Other than the location,very little is known  about this station,
*East Rush Valley station* 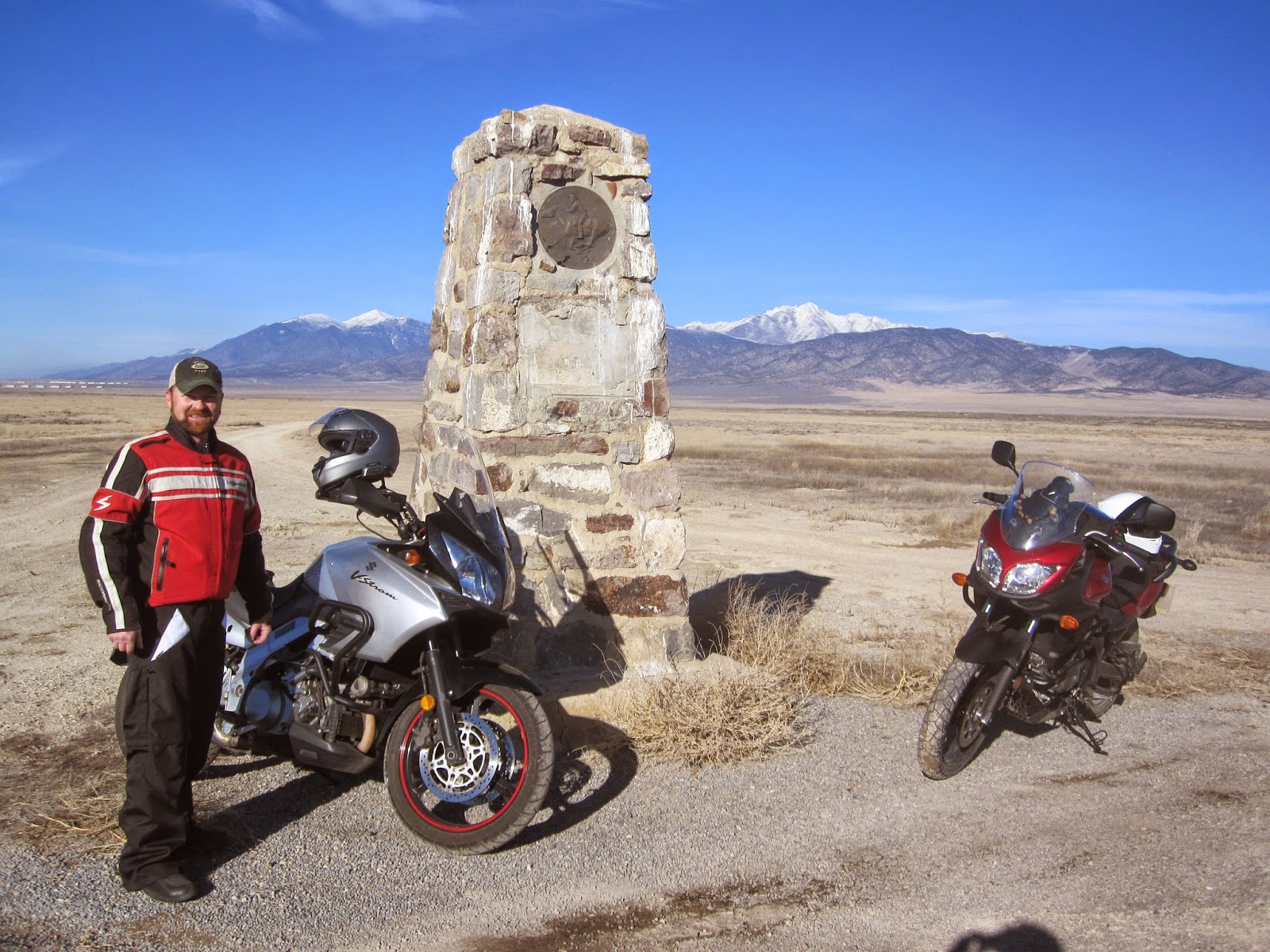 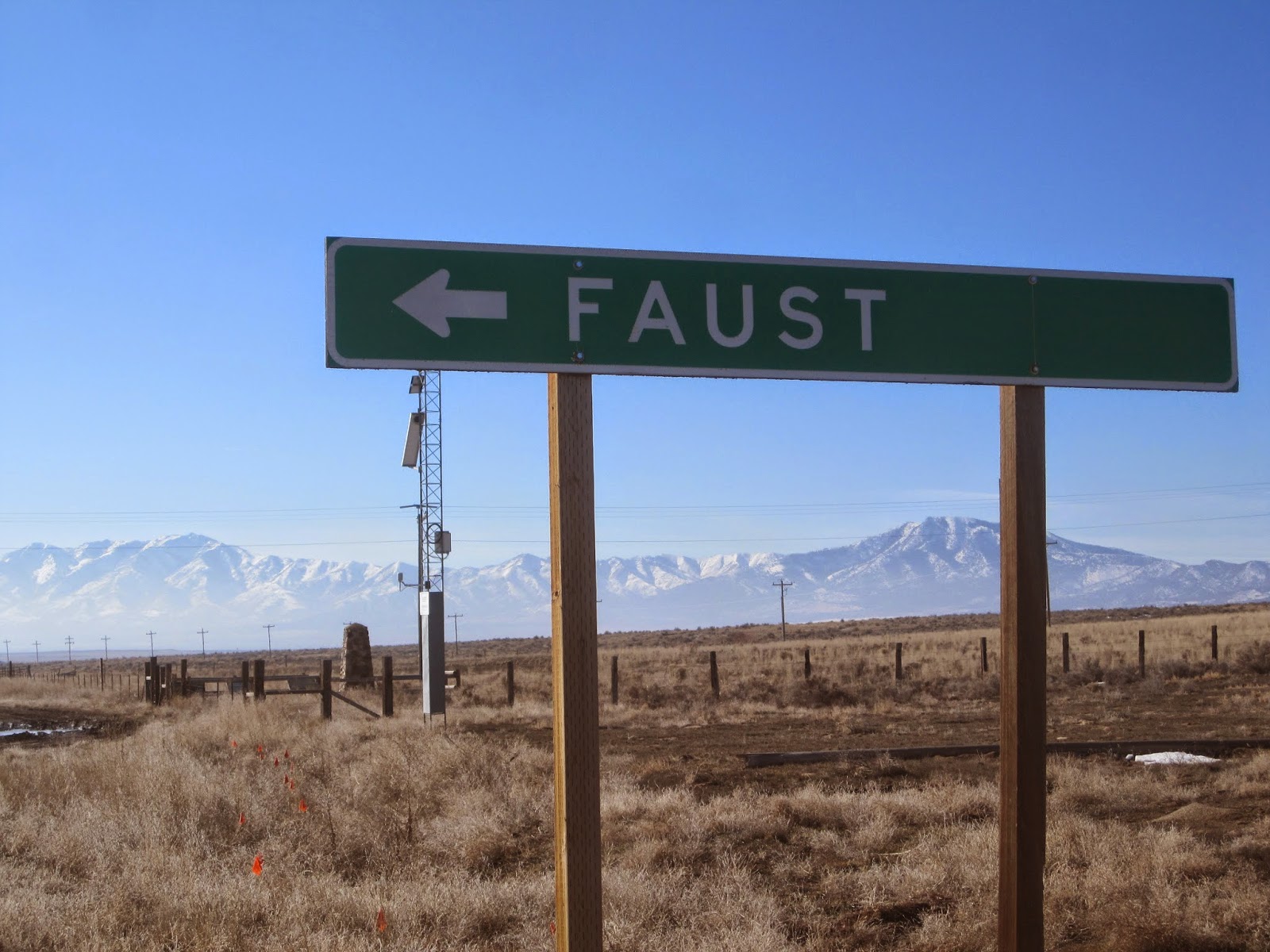 Back to pavement for about 2 miles we go past the tiny town of Faust, named after Henry Jacob "Doc" Faust. Doc Faust dropped out of Med school when he caught the gold rush fever... but he continued to practice medicine anyway. We continue on to the..
*Faust station* 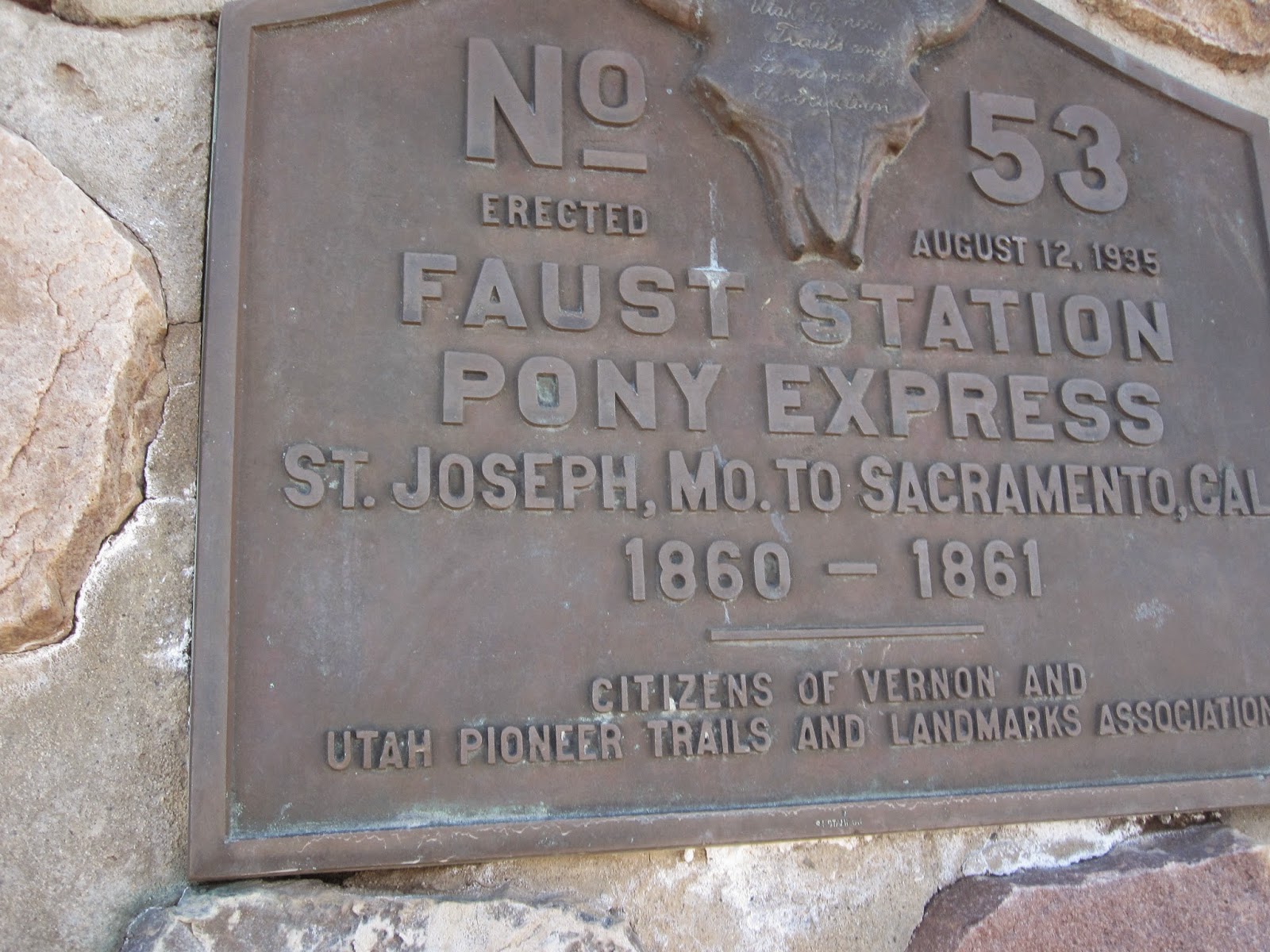 And back to dirt roads to get the rest of the stations.
Reconnoiter stop. 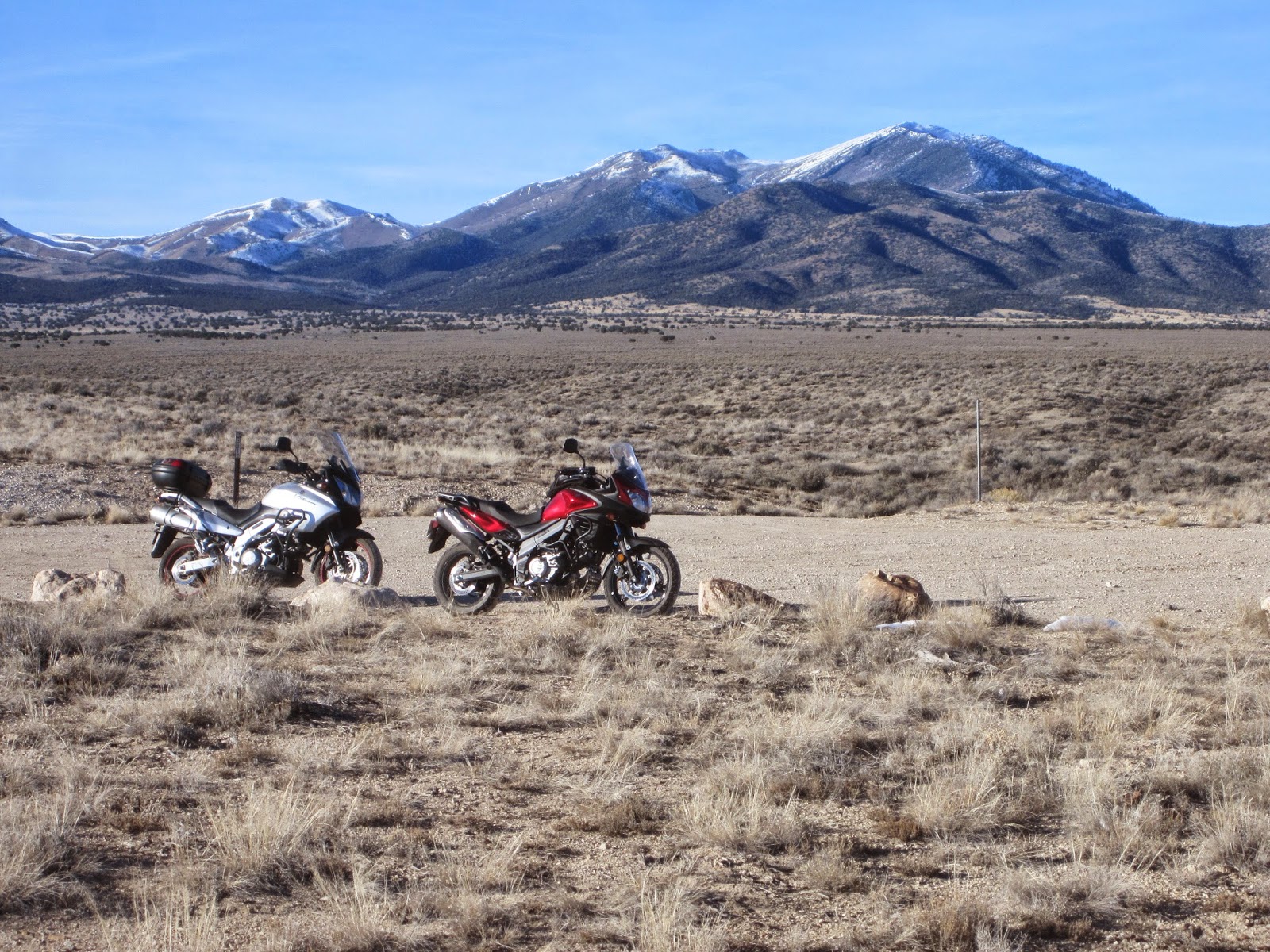 Lookout pass is the next station...if you look to the right of the right sign post you can see the road where the rock cairn denotes the location of the station. 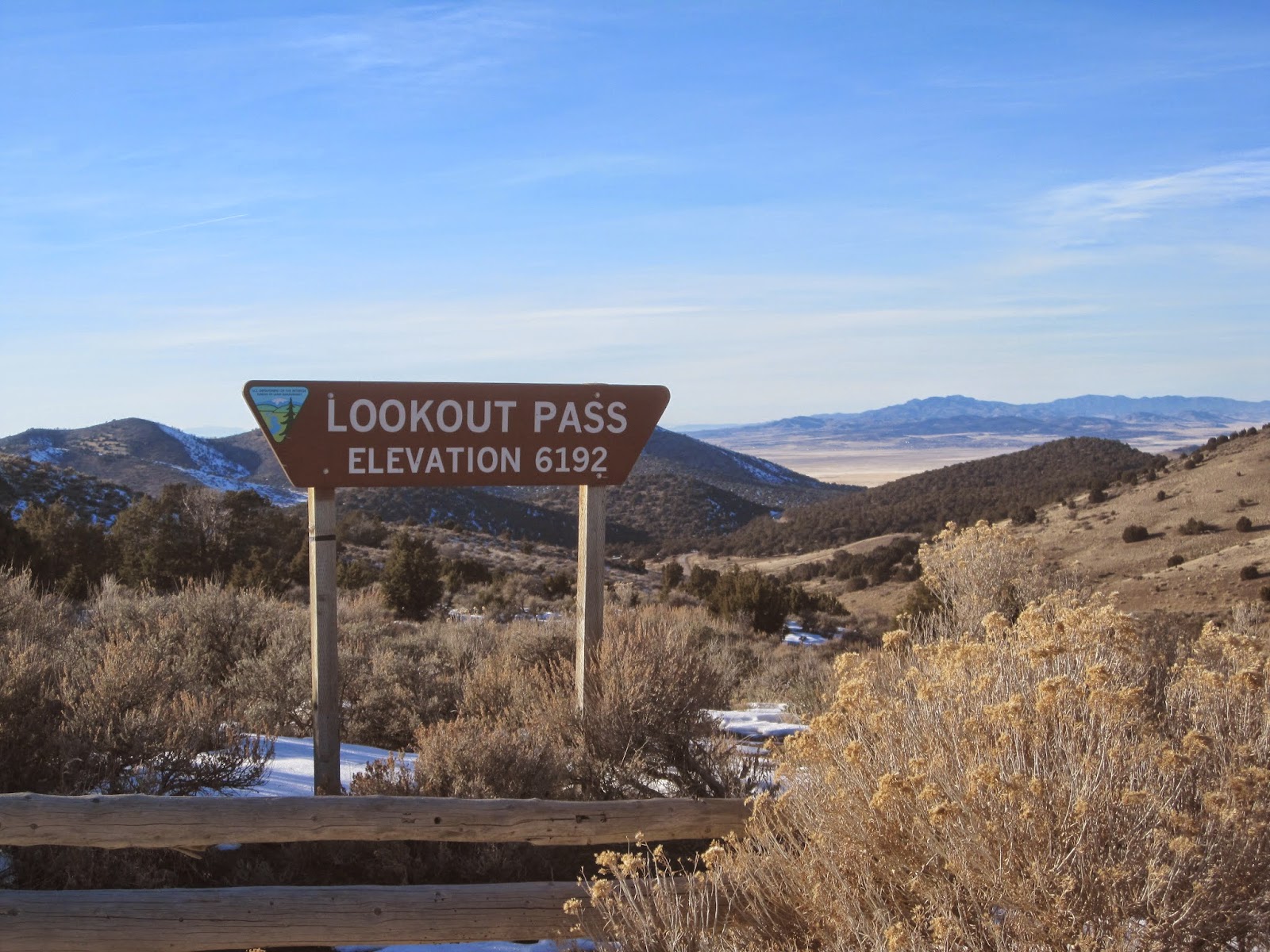 Note the sign... The 'Pet" on that sign is not talking about the pony express trail....(see below) 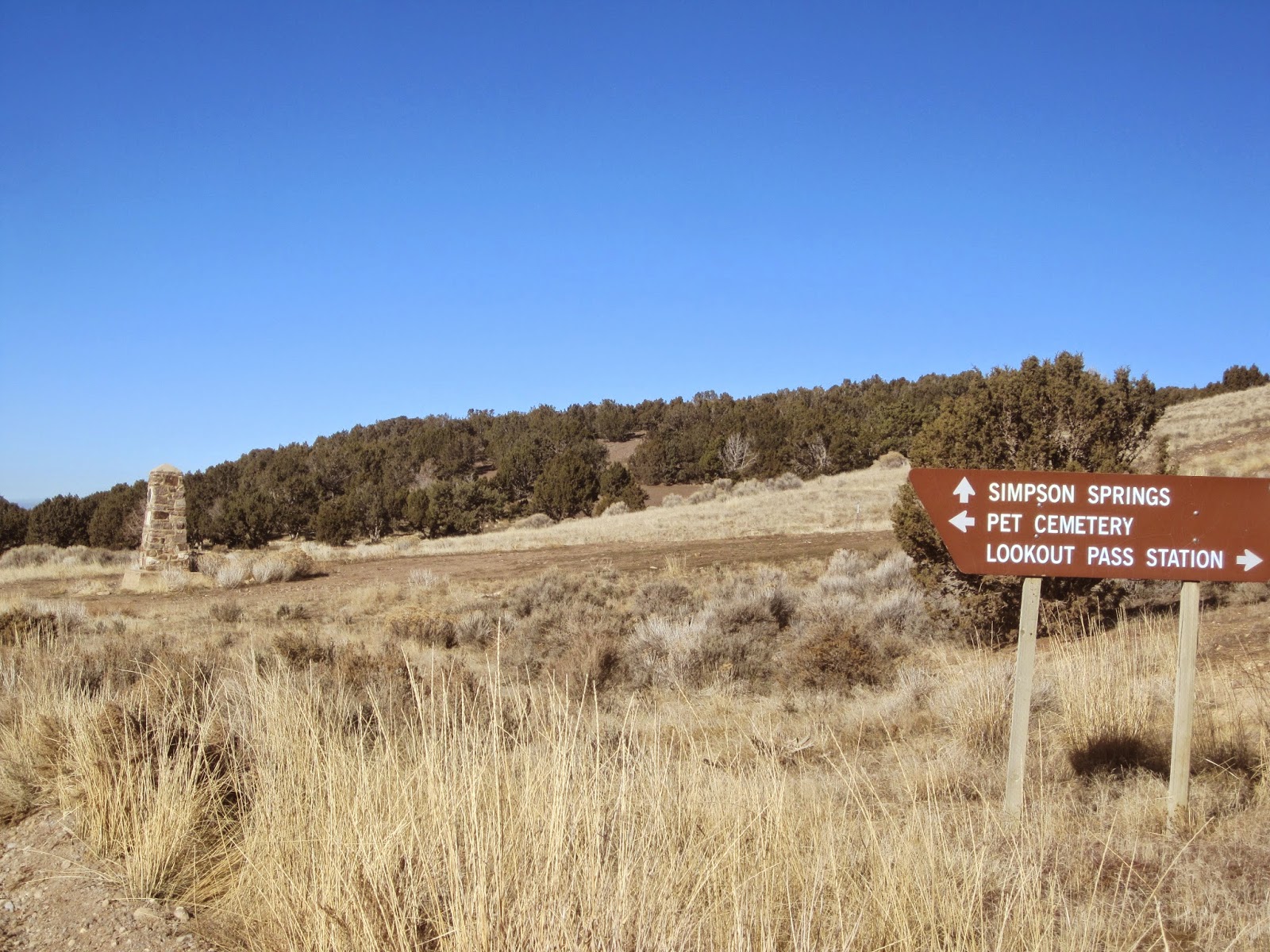 Horace Rockwell (brother of the famous Porter Rockwell) and his wife Libby lived at Lookout Pass station. They did not have children, but Libby had several small dogs that she 'doted' on. This rock wall enclosure was built to protect the graves of her beloved dogs.
A story is recorded of her sending an urgent message to the nearest doctor who lived in Tooele, a town 40 miles away, telling the good Doctor that one of their ranch hands was critically ill (knowing the Doctor would not come to treat one of her dogs..) when the Dr arrived late that night, he was very put out to find that it was her dog that was ill. Libby reportedly handed the Doc a $20.00 gold piece, he was mollified and treated the animal. 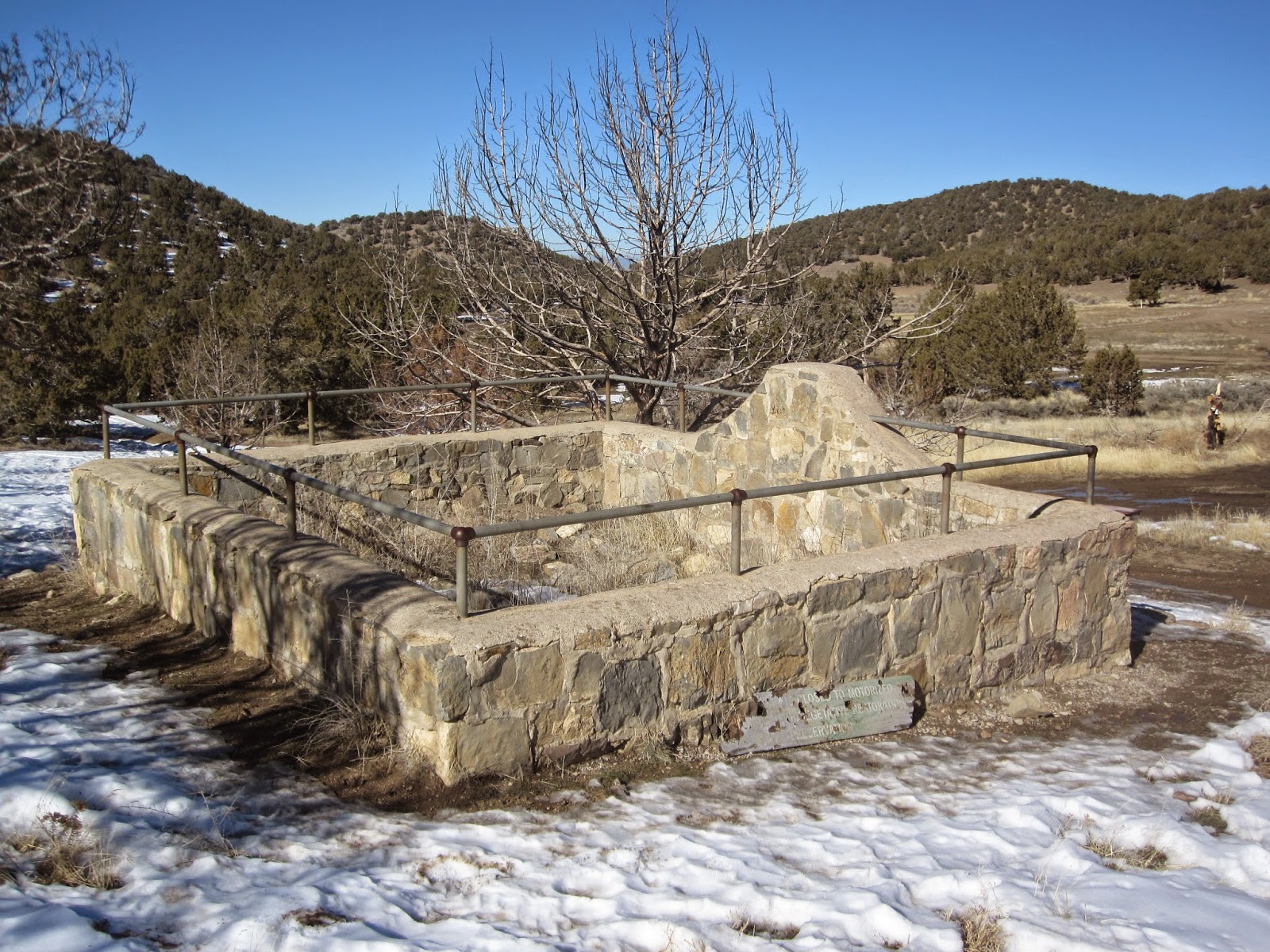 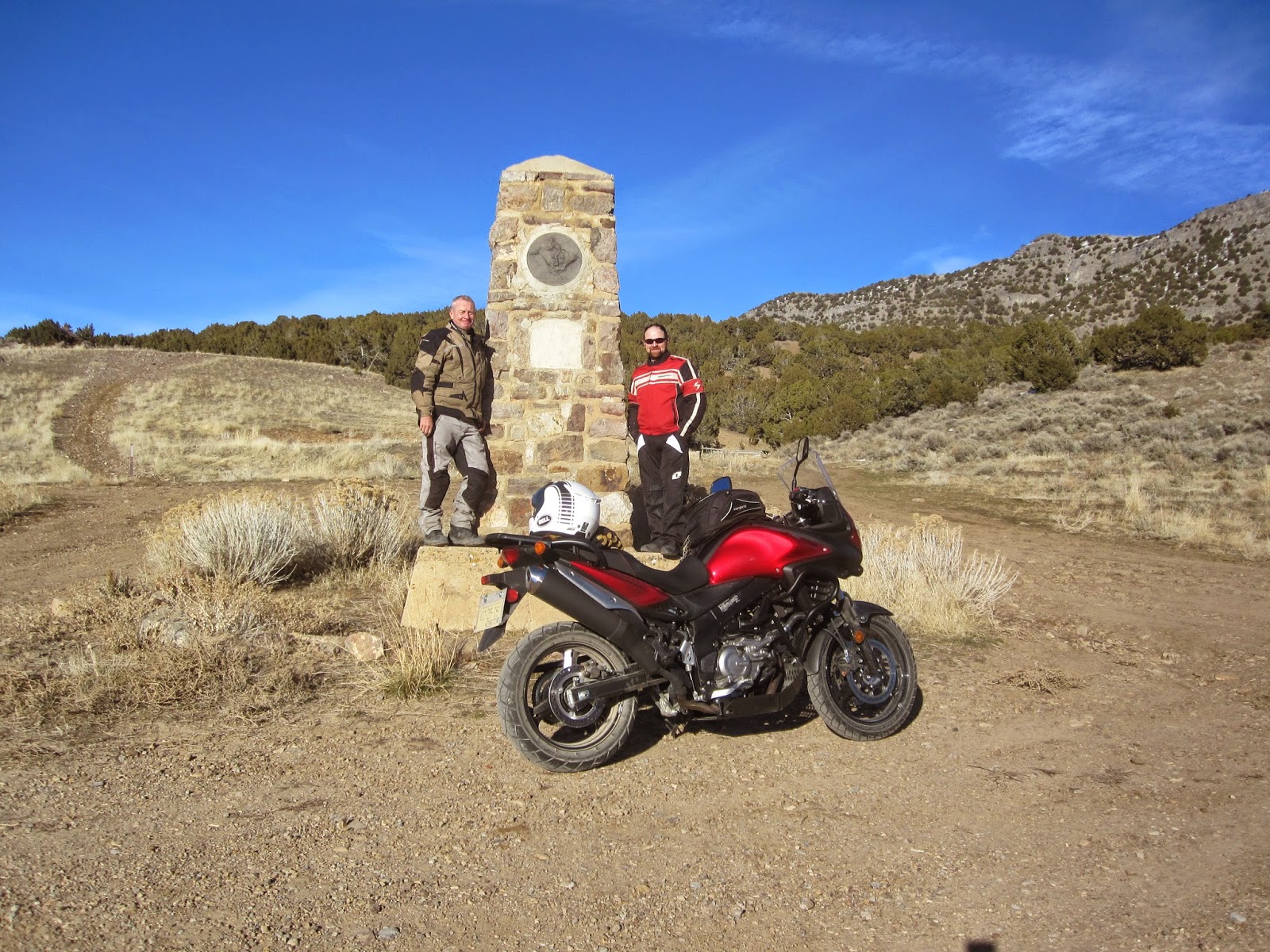 It's getting late, time to call it a day. I'll return tomorrow and get more of the PET stations. 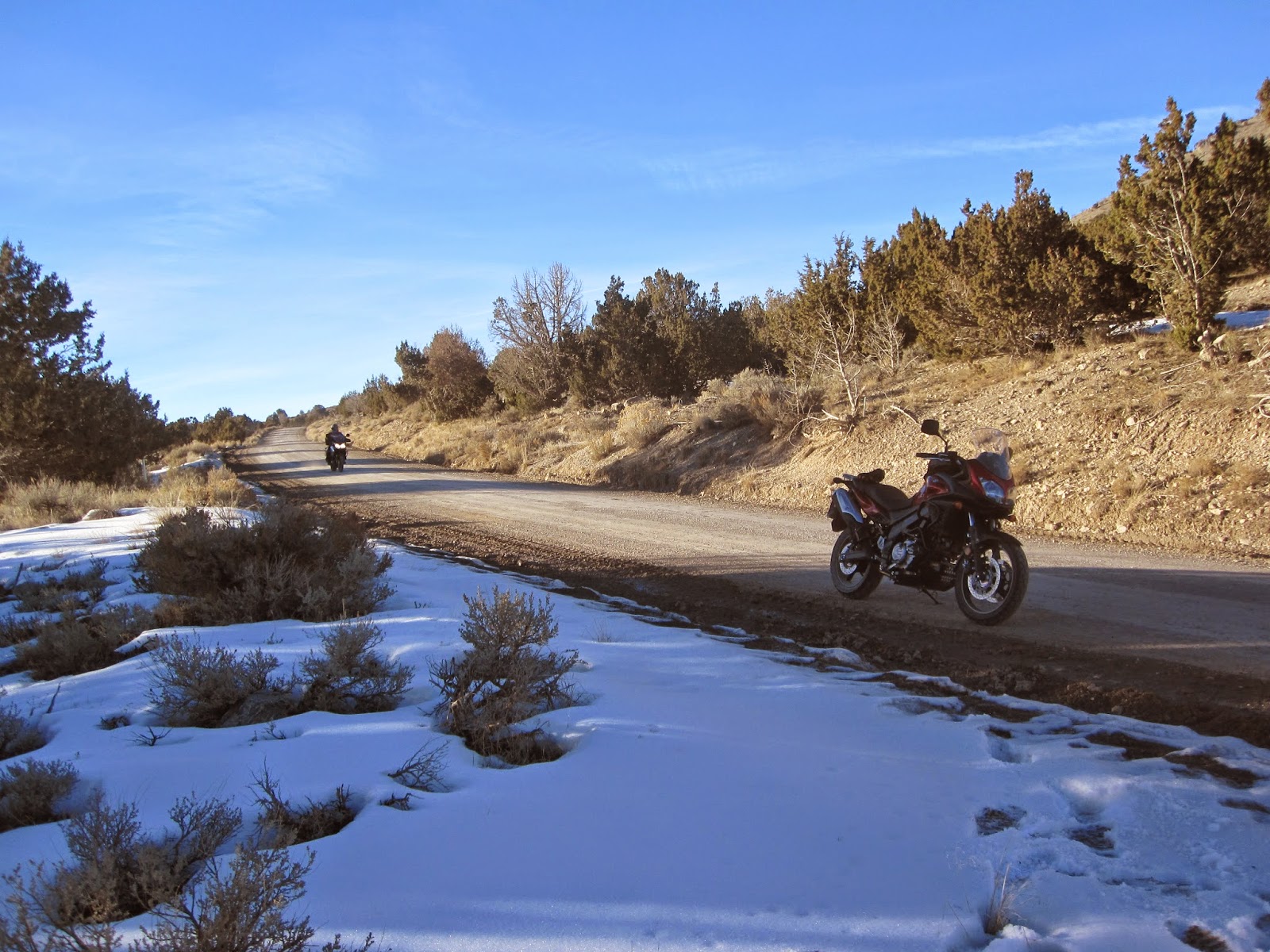 The last of the PET stations are in part III
Thanks for reading!
Posted by Ken at 12:31 PM