May in So Cal

The second week in May I'm able to go to Indio, California again to check off more Triple Crown targets.

Cabrillo National Monument. If you look hard enough through the haze you can see what I'm pretty sure is San Diego 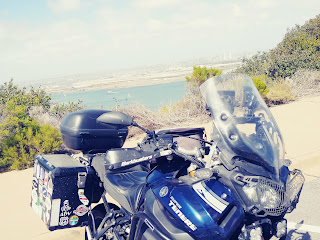 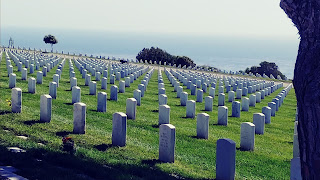 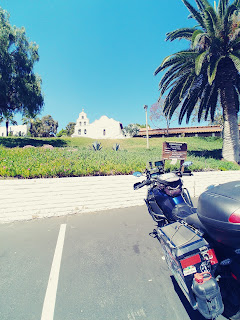 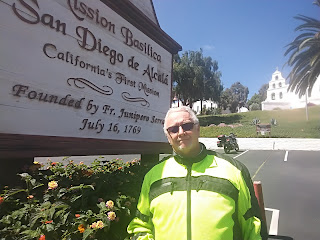 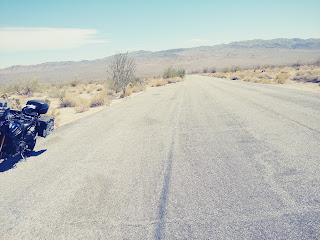 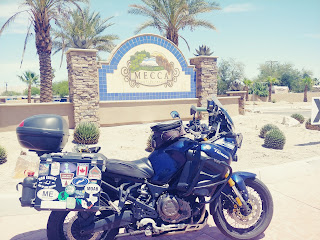 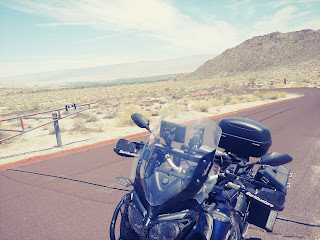 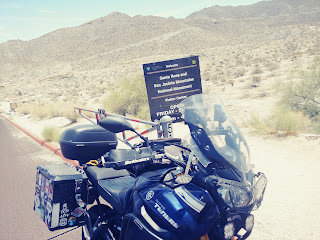 Riding through Coachella I see this statue...the compound was locked up tight and there were no signs telling its purpose. 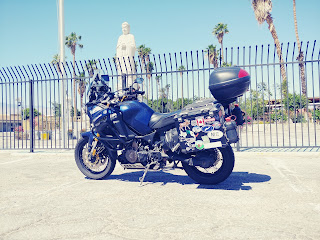 Bev followed me in the car on the way to Indio and again on the way home. We stopped in Joshua NP for a photo op, 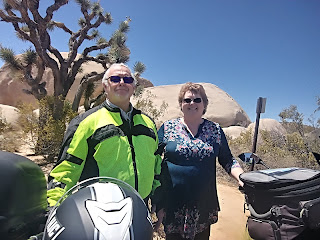 And on our way home we stopped at a rest stop and met these to two lovely ladies from France. A Mother and Daughter, and they were so pleasant to chat with... I even offered to take mom on a ride, but she (probably wisely) declined.  😀
They are in the States for three weeks I hope they enjoy their time in our country! 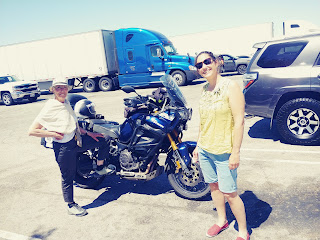 And another stop this time for gas ($8.00 per gallon) ((I should have gotten gas at Amboy, but didn't)) so I stopped at a Chevron between Amboy and Searchlight...hence the high price. I only got a gallon and a half - enough to get me to Searchlight.
While there this guy, Steve struck up an enjoyable conversation.
He lives in Az and rides that beautiful 'busa.
If I were going to give Steve a nickname it would be simply;
Steve the Speed! 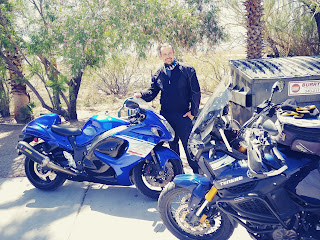 So another foray into So Cal in search of the Triple Crown comes to a close. Next I'll start getting the north and middle Cal roads, Parks, and Missions.